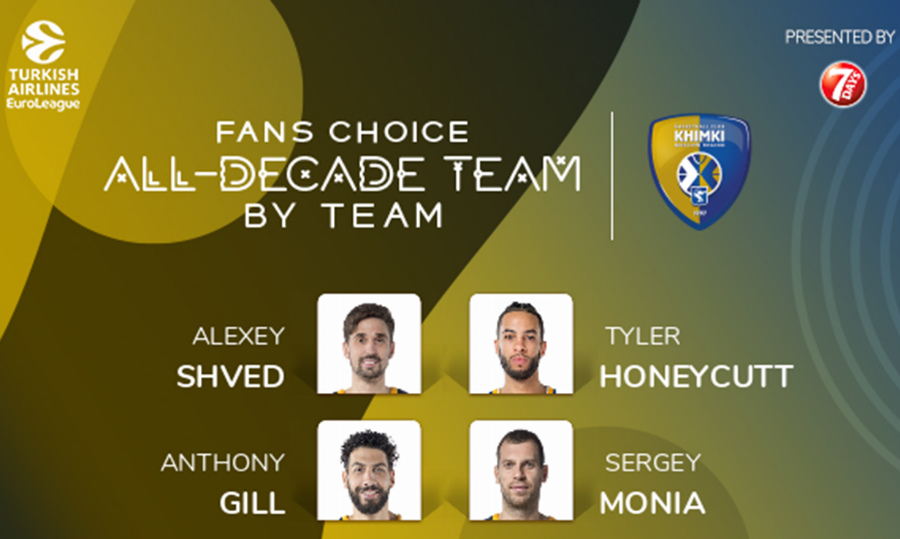 Turkish Airlines EuroLeague fans have had their say by choosing the players they consider to be the best from the competition's top teams over the last decade. After three weeks of voting for stars from each of 15 clubs who played the most seasons in the EuroLeague from 2010 to 2020, the results are in for the Fans Choice All-Decade Team by Team survey.

Topping the list for Khimki Moscow Region is Alexey Shved, who was selected on 97.85% of the votes for his five seasons with the club. Shved's was the single highest vote proportion of any player on all 15 teams. Among his highlights were taking the 2017/2018 EuroLeague Alphonso Ford Top Scorer crown and being named to the 2017/2018 All-EuroLeague Second Team. A EuroLeague winner with CSKA Moscow in 2008, Shved also was the 2016/2017 EuroCup MVP as well as that competition's leading scorer. 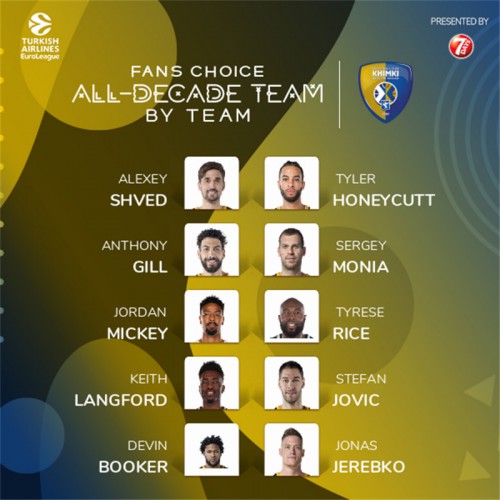 khimkieuroleagueshvedmoniabookerjovicjerebkogillmickey
Share on FacebookShare on ВконтактеShare on TwitterShare on ОК