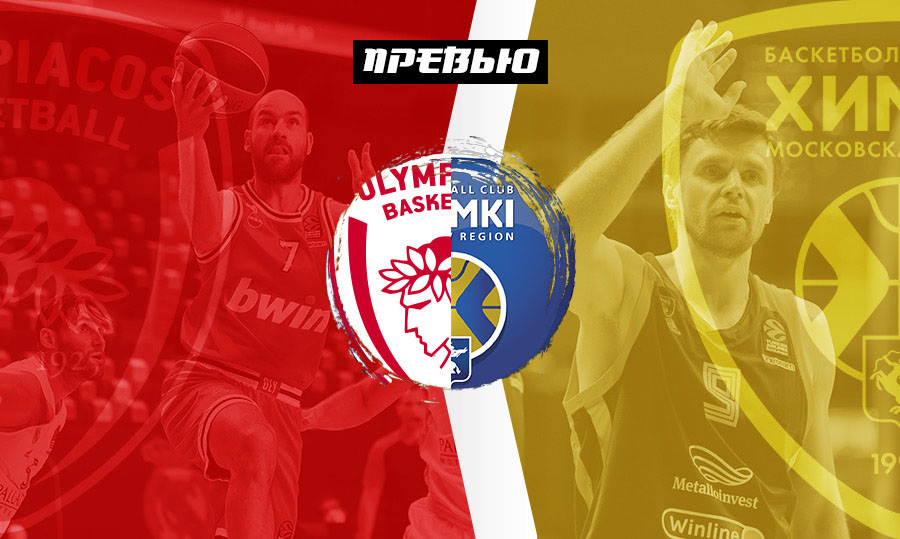 On Friday, April 9, 2021 Khimki Moscow Region will face Olympiacos Piraeus, Greece in a EuroLeague round 34 game. The game will be played at Peace and Friendship Stadium. Tip-off at 21:00 msk.

Georgios Bartzokas and his coaching staff worked in Khimki from 2017 to 2019.

Khimki forward Janis Timma played for Olympiacos during the first part of season 2018/2019 before being loaned to Khimki.

In the last game against Maccabi Playtika Tel Aviv, Jordan Mickey suffered a knee injury. He will not take part in tomorrow's game in Greece against Olympiacos Piraues.

Alexey Shved is still sidelined with a broken finger.

“This is our last game in the EuroLeague, and we will make every effort to show a good game. Anton Ponkrashov has returned to the roster, but we lost Jordan Mickey because of injury. This is a serious loss because we objectively lack the big guys. We will try to slow down Olympiacos because they are very strong in fast basketball. Their strength is a quick transition from defense to offense. They have good scorers like Vezenkov, who is spending his best season. Sloukas and Spanoulis don't require any introductions, nor does Printezis with its famous shot. So, they are a balanced team with a good coach who knows how to win the EuroLeague”.

“We have a shortened rotation of the bigs, so we will help each other. The most important thing is to go out on the court, give one hundred percent and enjoy the game, as this is our last game in the EuroLeague”.

euroleaguekhimkiolympiacosmaltsevkarasev
Share on FacebookShare on ВконтактеShare on TwitterShare on ОК