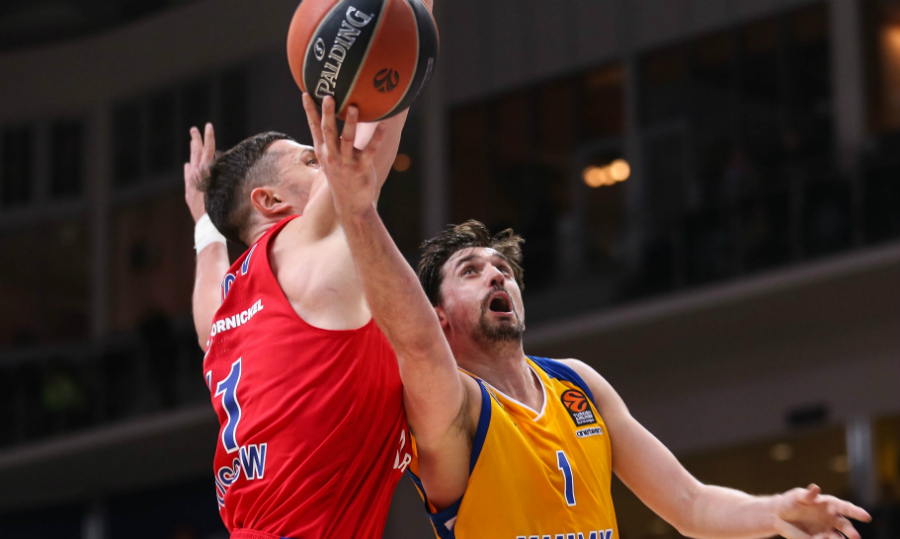 “Everybody tried to reach the playoffs, all the teams. For us it’s a big honor to participate here. On the other hand, from all the teams in the playoffs, everyone tried to avoid the eighth place because you need to play against the best team. In my opinion, CSKA is the best team from the last six or seven years. It’s obvious from the standings as they took the first place easily. On the other hand, last month we didn’t have health and played with a lot of absences, having a lot of injured players. So, we couldn’t make anything more than the eighth place, something, that in my opinion we could have done. But, again, we had up to four injured players per game. Now, the series is just about the first game. We need to approach this game as usual, taking one game at a time. It’s an away game against a strong team, so first of all we need to compete. For us, it’s important to compete and fight. Then, try to be patient and follow the game plan as much as we can, as well as to control the special situations that we gonna face during the game”.

“This is like a completely new competition. Now it starts from 0-0, that’s the score. We are focusing on how to correct our mistakes from the past, to put everything in these games. It’s not gonna be easy as they are favorites, but it’s basketball and you never know what can happen in 40 minutes. We need to be focused and try to execute what we plan. I think no one can surprise each other, because we played four games with CSKA this season, and it’s just a matter of executing on the court. That’s it. You need to have a high-level execution to win this type of game. They have experience in these games, but this is one thing. The other one is fight. You need to fight on the court in order to win”.

“Of course, I expect to win this series. We are going to give everything we have. We’ve learned a lot through this year, playing with them several times. Playing with them in a series will be good for us, but I do expect to win. All the games are very important. I think the first one is good for us to set the tone, let them know we are going to play physical [basketball]; we are not afraid. This season we had ups and downs; we had good times and bad times, but we are in the play-offs now. Now, all that matters is just to win the game”.

khimkicskaeuroleaguebartzokasgillmarkovic
Share on FacebookShare on ВконтактеShare on TwitterShare on ОК