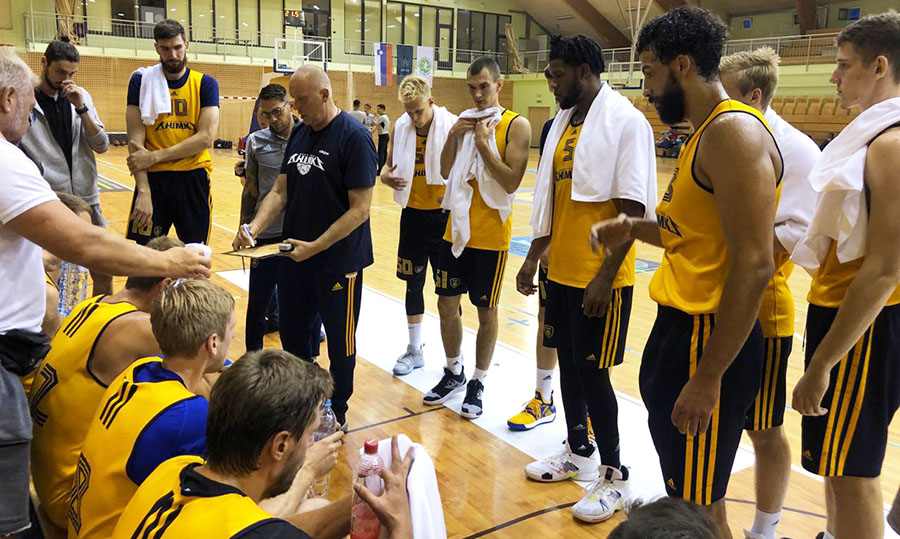 In the first 2019 preseason game Khimki Moscow Region lost to KK Buducnost Voli Podgorica (Montenegro). The next opponent is Slovenian team Primorska, the game will be played on Wednesday.

“Two and a half quarters we we were leading with a difference of 14 points, but, unfortunately, had very few players of the first team. So we used the guys from the second team more in the game, and for them it's tough to compete at this level. Janis Timma did not take part in the game as his knee is bothering him. We didn't have ultimate goal to win this game, although we always have the desire to win. We understand that this game is only a part of preparations and didn't reduce loadings, didn't depart from our plan on physical preparations. I would like to note that our basic players proved themselves well: Gill scored 18 points, Booker — 14, Bertans — 17. The entire squad got enough playing time. Then we worked according to the plan”.