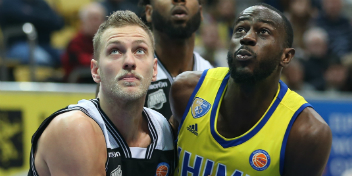 On Sunday, April 2, 2017 BC Khimki on the road will face Nizhny Novgorod in a VTB United League game. Tip-off at 16:00 msk. Watch LIVE at VTB UL official website.

"It's a very important game for us. Nizhny Novgorod has a very good team with Gubanov and Zubcic at positions four and five that is very tough to defend for opponents. However, we are ready to win this game and go to Nizhny with this goal. We'll see if Shved will be able to take part in this game. The decision will be made before our departure".
Share on FacebookShare on ВконтактеShare on TwitterShare on ОК