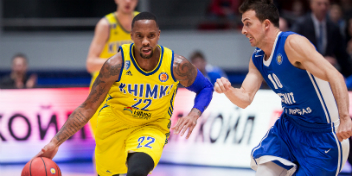 “This is the most important game for us as we are fighting for a second place. Zenit is a team that plays really good and quickly this season. They show excellent two and three points percentage and play excellent transition. Probably, they are the best VTB League team in transition. They have experience players who read the game excellent and play good defense. For these reasons Zenit is second right now. I think, it's very important to stop their transition and play better defense that in St Petersburg. If we want to beat Zenit, it will be a key, because if we let them score many points, they will have an advantage. We don't have Brown as he's still out; other guys are okay until now. I hope, everyone will be able to play”.
Share on FacebookShare on ВконтактеShare on TwitterShare on ОК