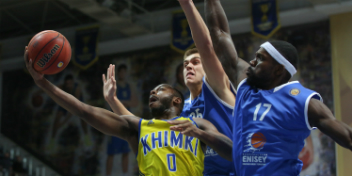 "It's a very important game that will decide if we finish third or fourth in a regular season. It will be difficult game because Enisey plays very well this season. Also, it's tough to travel and change the time but we had similar experience in Astana last week, so it's okay for us. We must win; there is no other way for us. Enisey really plays very well. We won the first game in Khimki but it was difficult. This team runs well and does it well in transition. They have Taylor, who is a leader but not only in the game organization. They have excellent shooters, Russian players, as well as a strong canter in Elegar who takes many offensive boards. Unfortunately, we can't rely on Brown. He is not ready to play".
Share on FacebookShare on ВконтактеShare on TwitterShare on ОК