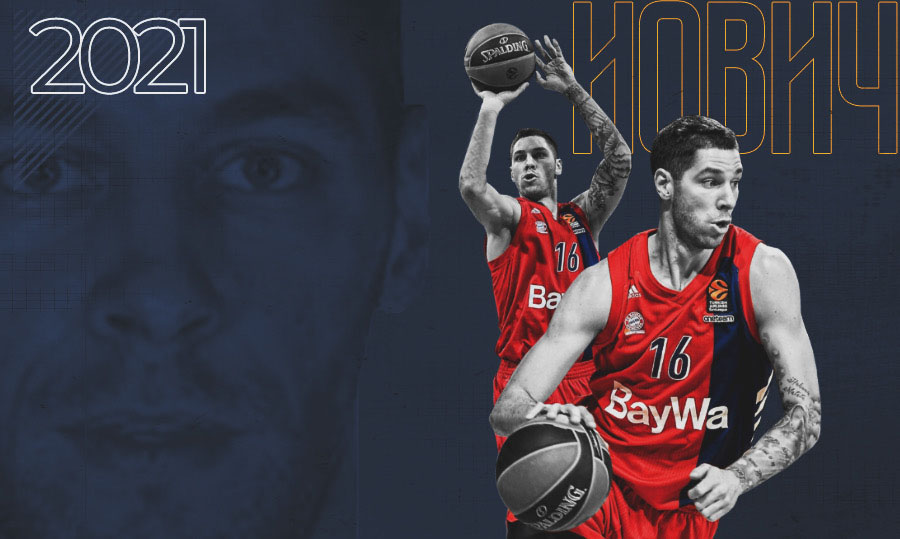 “Jovic has EuroLeague experience; also he played really great both in Crvena Zvezda mts Belgrade and FC Bayern Munich. he is a tall point guard, like I like. He is good at pick-n-roll situations, plays in transition and has excellent shot. Also, he is very reliable in defense. Stefan has no weaknesses, as he is one of the best point guards in Europe”.

“I am happy to be a part of the Khimki family. First of all, I want to thank the club for their trust. I will work hard to justify this trust and match all the expectations”.

Jovic set the EuroLeague's single-game assists record, dishing 19 while playing for Zvezda against Bayern on November 12, 2015. He arrives from FC Bayern Munich, where he averaged 8.3 points on 40% three-point shooting, 4.6 assists and 1.3 steals in 23 EuroLeague games last season.

jovic
Share on FacebookShare on ВконтактеShare on TwitterShare on ОК