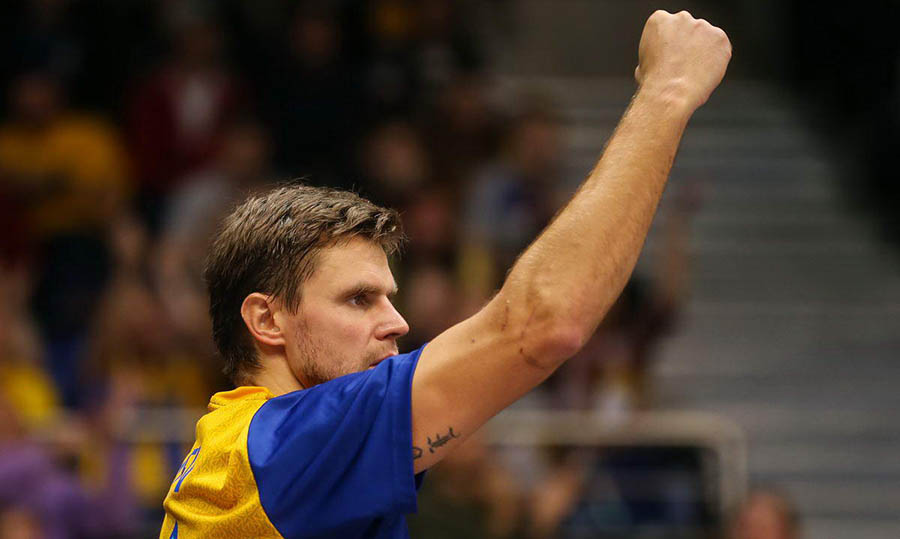 Khimki Moscow Region is glad to announce that team's vice captain Egor Vyaltsev will play season 2019/2020 for the club. It will be his 9th season for Khimki. Congrats, Egor!

“Egor Vyaltsev along with Sergey Monya is the heart of the team, as so much they both gave to the club. Egor played for me in Perm, and I appreciate his character, ambition, desire to be the best and willingness to always work in full strength. He may not have played much last season, but Egor knows that I trust him. He is a very important part of the team and I am glad that he will stay with Khimki”.

“I am grateful to the management and the coach for believing in me, for the opportunity to prove myself in such a strong team. Khimki is not just a team with ambitions and high goals and expectations for me, it is my family, and I am happy to continue my career here. I hope I won't let the coach down. We are going to have a great team this year, we are capable of doing many things”.

Vyaltsev averaged 3 points in 19 Turkish Airlines EuroLeague games last season. He is set to enter his ninth consecutive season with Khimki, to which he helped win two 7DAYS EuroCup titles in 2012 and 2015. In 2016 Vyaltsev set Khimki record, scoring 40 points and 12 triples in the VTB United League game vs. Astana Kazakhstan.

vyaltsev
Share on FacebookShare on ВконтактеShare on TwitterShare on ОК