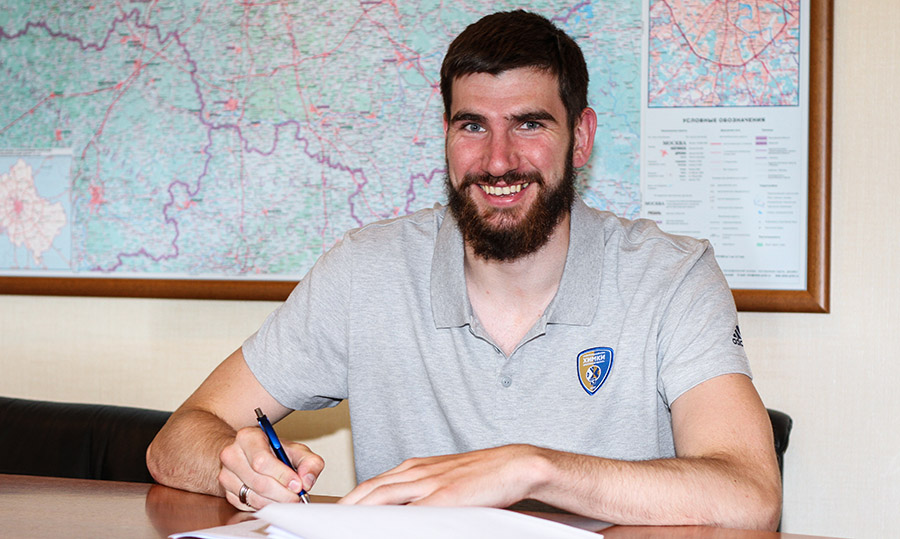 “Andrey has good physical abilities, he is a promising center. My assistant Robertas Kuncaitis is good at working with big players. So we will pay special attention to Andrey, work hard to make him grow professionally”.

“I am very glad to be in Khimki, you don’t think about such an offer for a long time. My wife Aili is a Khimki fan, she was mad for yellow-blue even before we met and went to all the games when she lived in Moscow. I do not know who her favorite Khimki player is, but now it will be me! I have great expectations from the coming EuroLeague season. I am glad for this opportunity and will give my best”.

Desyatnikov arrives from Zenit St. Petersburg, where he averaged 5.2 points in 12 VTB United League games last season in an injury-shortened campaign. He only took part in two 7DAYS EuroCup contests. Desyatnikov started his career with his hometown team, Spartak Primorie Vladivostok before joining Triumph Lyubertsy in 2011. He also played for King Szczecin of Poland and has been a member of the Russian national team.

desyatnikov
Share on FacebookShare on ВконтактеShare on TwitterShare on ОК