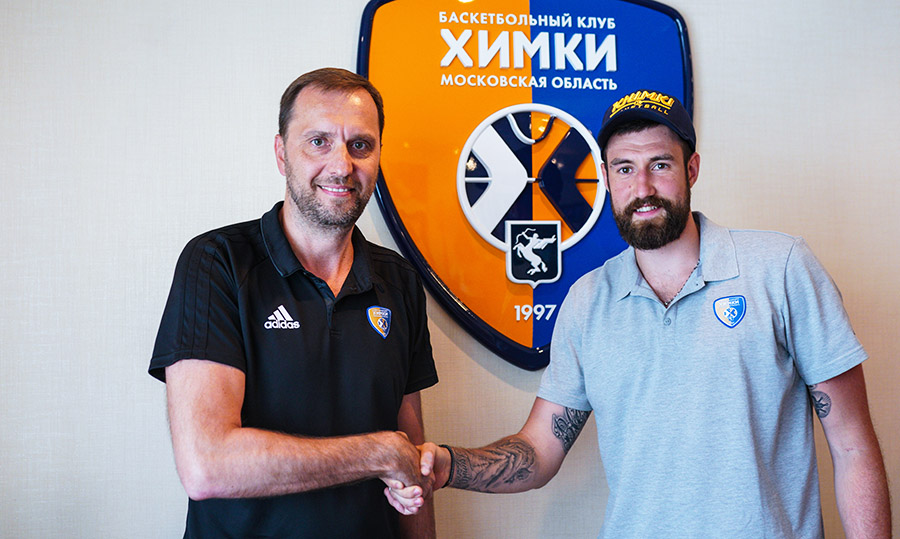 Khimki Moscow Region signed a two-year deal with one of the most talented Russian player Sergey Karasev. Welcome to Khimki, Sergey!

“I'm happy that we signed a contract with Sergey. I've been following him for a long time, as he is one of the greatest talents in Russian basketball. He has experience of playing in the NBA and Europe. I think he made the right decision to change the club, the atmosphere, the partners. He has a lot of potential, and my goal as a coach is to help him fully reveal it. Karasev has a good shot, a good pass, but I appreciate his understanding of the game, he does not play for himself, but always makes rational decisions, has a good vision of where to pass, when it is better to throw. I think that Sergey needs to be added a little in physics, we will make a program for him, but in general, Sergey Karasev is a basketball player and a man with a capital letter”.

“It is a great honor for me to represent Khimki, a club with a very big name, great experience and ambitions. For the third year in a row the team wins a ticket to the EuroLeague, where I really want to play. There was no doubt about the decision to move to the Moscow Region, and my family supported my choice. I am happy to be in Khimki”.

Karasev arrives from Zenit St. Petersburg, where he played the last three seasons. He averaged 16.8 points on 42.2% three-point shooting, 3.0 rebounds and 3.0 assists in nine 7DAYS EuroCup games last season. He started his career with Triumph Lyubertsy and has also played for Cleveland and Brooklyn of the NBA as well as for Canton of the D-League. Karasev is set to make his Turkish Airlines EuroLeague debut with Khimki after scoring well in the EuroCup for many years.

karasev
Share on FacebookShare on ВконтактеShare on TwitterShare on ОК