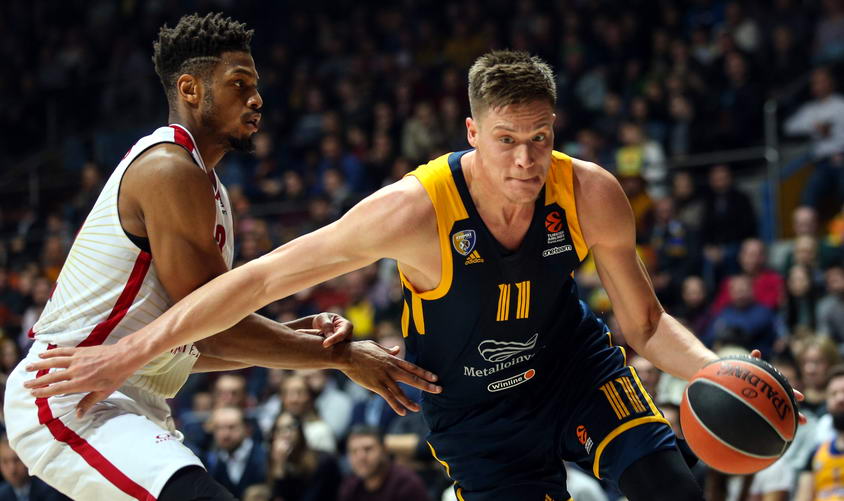 “Our team gave a maximum effort in tonight's game. We fought really well, spending our energy on the court for 40 minutes. We gave 120% and that was the key to the win. We played better defense in the second half, especially in the fourth quarter. For sure, I am happy for the guys, who had the power to get back in the game twice, after being down by nine. We won, and it was a good game. It was tough, but we were stronger tonight. Once we played better defense, of course, we had better chances to run the fastbreak, to get fast offense. It worked tonight”.

“I think that the good defense in the fourth quarter was the key to the win. We played really well, boxed out and went up 10 points. We had a little distance and didn't let them come back. We played as a team, moved the ball and tried to find the open guy. It is easier to score when you are open. We played great today. All our team and our coach did a good job day”.

“It was a tough first half, but we said at halftime we were going to come out strong, play our game and really play defense. They made a lot of open shots in the first half and I think we did a better job defensively in the second half. It was a tough game, just like every EuroLeague game. Defense was the key. They shot way too many open threes in the first half. We tried to lock down on defense, get out and outrun them a little bit”.

“Our defense in the second half [helped us win this game]. The first half we got a lot of fast break points and wide open threes, so we had to play better defense in the second half. We maintained strong offense that was definitely the key to the win. Every game is important; every win is important. At this point it doesn't matter who we beat. We just need to win games to reach the goals we have for the season. It's a good feeling to score first point in the EuroLeague. It had to come sooner or later. I'm glad it came sooner than later but it's a great feeling. The biggest thing for me is that we won. Now we have to be ready for this double trip to Spain”.
Photo