Within the bounds of Euroleague BC Khimki went to Lithuania where it will meet with Kaunas Zalgiris, that this season failed only once. The beginning of the meeting is at 20.45 Moscow time. Watch a live broadcast at NTV-PLUS SPORT. 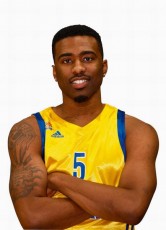 – I expect both teams will play very hard. This is the game we absolutely need to win. I suppose Zalgiris is also preparing to meet with us fully armed and for sure they will try to do all their best for a successful outcome. We also played with the Lithuanians within the bounds of VTB United League and unfortunately missed. Now we have no right to a mistake. In general no matter what the opponent is – the next game is the most important one for us in any case. 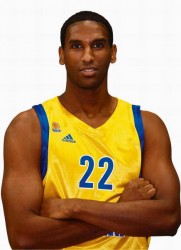 — On the eve of our first game with Zalgiris I had suffered an injury and didn't play in Kaunas. Now we came to Lithuania within the bounds of Euroleague. Undoubtedly, the game will be tough. When there are so many mathces, first of all it's necessary to win on the road — only in that way we could prove our strength. Now Zalgiris is a worthy rival and it looks very well in all tournaments. We should play well-organized in defense and pay a special attention to Martynas Pocius and Tomas Delininkaitis — in the first meeting it were they who gave a lot of trouble to us.

In official games Zalgiris was defeated only once by Maccabi Electra — on the road in Tel-Aviv.

After 4 games in a Euroleague group stage Zalgiris ranks second to Maccabi Electra, having won three games out of four.

In Lithuanian Championship and VTB United League Zalgiris is a sole leader: in both tournaments the Kaunas players didn't suffer any defeat.

Kaunas is the second largest city in Lithuania and a former temporary capital. Kaunas is located at the confluence of the two largest Lithuanian rivers, the Nemunas and the Neris, and near the Kaunas Reservoir, the largest body of water entirely in Lithuania. It is believed the town was founded in 1030, but it is first mentioned in written sources in 1361. In the 13th century, a stone wall was built as protection from constant raids by the Teutonic Knights. In 1362, the town was captured by the Teutonic Knights, who destroyed the Kaunas Castle. The castle was rebuilt at the beginning of the 15th century.

Kaunas Sports Hall is the largest arena of Kaunas, Lithuania. It is the first arena built specially for basketball in Europe and is considered Lithuanian basketball Mecca. The arena's seating capacity is for 5,000 people. Initially seating capacity was for 3,500 and the other spectators (up to 11,000) used to have standing room. The arena was completed before the Third European Basketball Championship in 1939.

In Kaunas basketball is like religion and the fans live and breathe the game. Zalgiris has a united fan-club of supporters, the most devoted to the team — it's called "Green Death". It appeared in 1987.