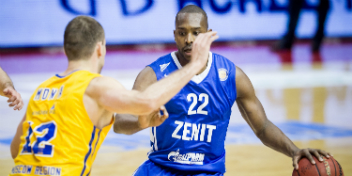 “I think Zenit is one of the best teams in the VTB United League and also in the EuroCup competition. They really play very well and very quickly. They have excellent shooters, good offensive rebounds and excellent solutions in the offense. They make many points easily. This is probably the most difficult game for us during this period. Of course, they have great leaders who can alone decide the game if they have a good day. To prevent this we obviously must play good defense. I mean Toolson, Karasev and Timma but also Landry. Markovic can win the game many times. Zenit is a very complete team as they have many players who can decide. We feel good and still have some practices to play better”.
Share on FacebookShare on ВконтактеShare on TwitterShare on ОК