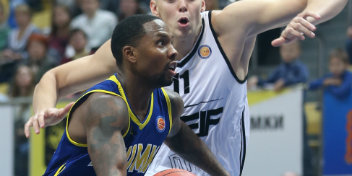 “VEF is a very good team that won here in Khimki in the first game. They played very well whereas we didn't do it. Now they are a different team because they have a new player in Mejeris, who is very athletic and good on offensive rebounds. Generally, they have very good inside players, very strong on offensive rebounds. Their leader is Blums; he is a winner and a great scorer. I mean, VEF is a dangerous team. They play very good in transition and on pick and rolls”.
Share on FacebookShare on ВконтактеShare on TwitterShare on ОК