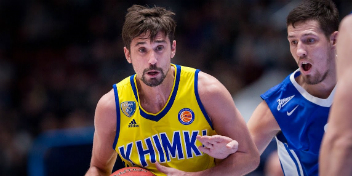 BC Khimki is glad to announce that both VTB United League and 7Days EuroCup MVP Alexey Shved will stay in our club. New agreement between the club and the player has been signed till the end of season 2019/2020.