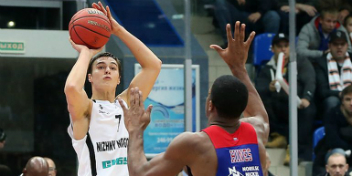 Russian guard Ivan Viktorov (22 years, 196 cm) will continue his career in BC Khimki. The contract has been signed for two seasons. Viktorov will play both in BC Khimki and farm team Khimki-Podmoskovye. Welcome to the club, Ivan!