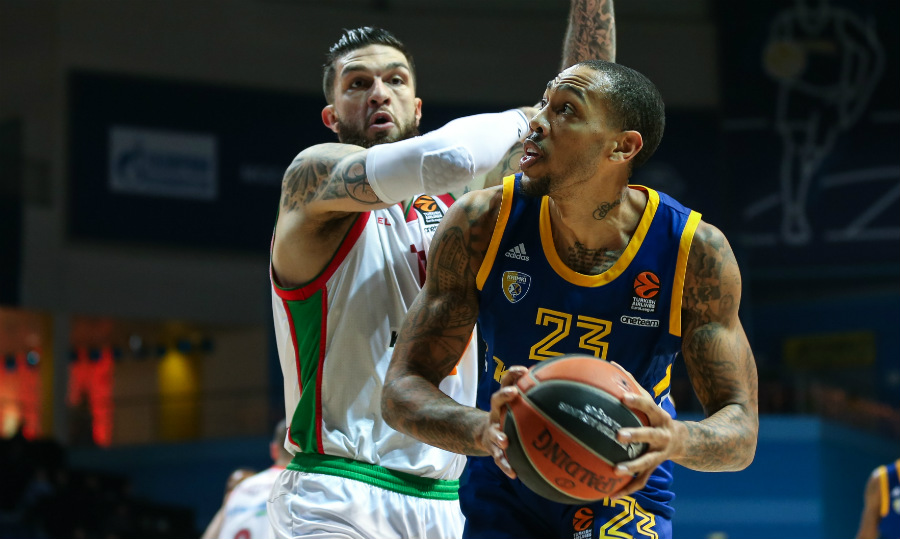 On Friday, March 8, 2019 Khimki Moscow Region will face KIROLBET Baskonia Vitoria-Gasteiz, Spain in a EuroLeague round 25 game. The game will be played in Fernando Buesa Arena. Tip-off at 22:30 msk. Watch LIVE at Match! Igra, matchtv.ru and Euroleague.tv.

Baskonia guard Matt Janning was a teammate of Khimki forward Andrey Zubkov at Lokomotiv Kuban Krasnodar during the 2015/2016 season when they reached the EuroLeague Final Four. Zubkov and Janning were teammates at Lokomotiv in the 2016/2017 season, too.

Point guards Jayson Granger of Baskonia and Stefan Markovic of Khimki were backcourt mates at Unicaja Malaga during the 2014/2015 season.

“Like us, Baskonia has problems with players. Shengelia and Granger are out with injures and without them Baskonia plays a little bit differently. I think their ultimate goal is Final Four that will be held on their arena, because if they won’t get a Final Four spot, it will hurt them. So, this circumstance gives them additional motivation. They play well, especially at home, with double energy. We are ready for this matchup. After win over CSKA Moscow we had two good practices and had good scouting on Baskonia. We’ll put energy on the court and try to do our best to realize our game plan”.

“Hopefully, our win against CSKA on Monday will give us impetus in front of crucial EuroLeague games. If we want to clinch a playoff spot, we have to win all the remaining games. In the EuroLeague we have no room for error. Baskonia is our direct rival for a playoff position, so we have to be concentrated and ready for this game. Our ultimate goal is to win in Spain. It will be difficult because this is a very tough team with good players at every spot. They have great support from their fans but we have nowhere to retreat”.

khimkibaskoniaeuroleaguezubkovkurtinaitis
Share on FacebookShare on ВконтактеShare on TwitterShare on ОК