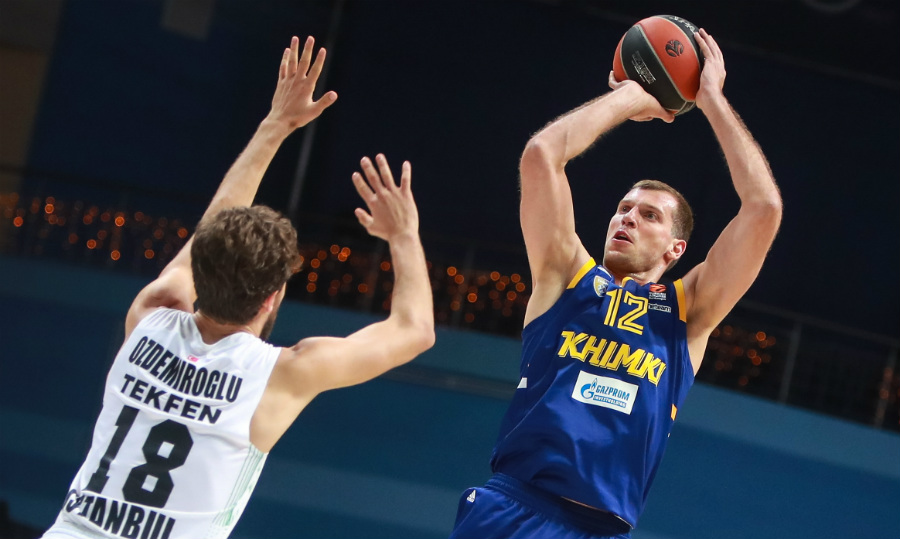 On Wednesday, March 20, 2019 Khimki Moscow Region will face Darussafaka Tekfen Istanbul, Turkey in a EuroLeague round 27 game. It will be played at Volkswagen Arena. Tip-off at 20:15 msk. Watch LIVE at Match! Arena, euroleague.tv and matchtv.ru.

Before this season, the two teams only previously met in the 2000/2001 Korac Kup and split home victories.

Darussafaka guard Markel Brown and forward Jeremy Evans made their European debuts with Khimki during the 2016/2017 season. They were teammates of current Khimki players Sergey Monya, Alexey Shved, Egor Vyaltsev and Vyacheslav Zaytsev.

“Darussafaka changed the coach during the season and started to play a little bit differently. Both teams have similar situations without any chances for the playoffs but we need this win, first of all, for ourselves because this is EuroLeague. We are ready to give a fight, even on the road. We'll try to use Andrew Harrison on the court. Now he is better. Hopefully, he will help us in the crucial part of the season”.

“I'm still trying to learn our system. I'm looking forward to my debut in the EuroLeague and competing at the highest level. I feel good about the team and trying to be another playmaker on the court”.

khimkidarussafakaeuroleagueharrisonkurtinaitis
Share on FacebookShare on ВконтактеShare on TwitterShare on ОК