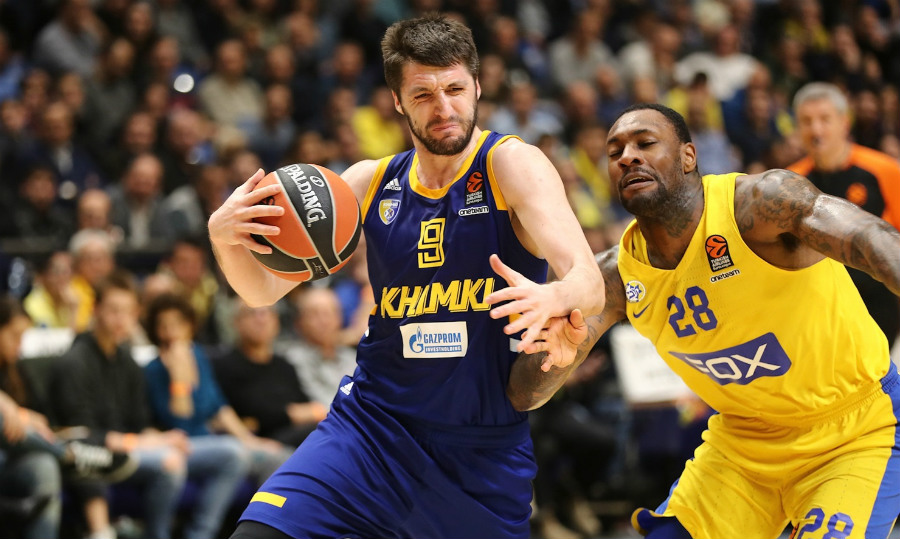 On Friday, March 22, 2019 Khimki Moscow Region will face Maccabi FOX Tel Aviv, Israel in a EuroLeague round 28 game. The game will be played in Arena Mytishchi, Russia. Tip-off at 20:00 msk. Don't miss!

Khimki's Petr Gubanov and Maccabi's DeAndre Kane were teammates at Nizhny Novgorod in the 2016/2017 season.

Khimki center Malcolm Thomas made his EuroLeague debut at Maccabi in the 2012/2013 season.

“This is a EuroLeague game and we have to play it with maximum effort. As a coach, I can say that we don’t have unimportant games. I am sure, both teams will play at the maximum, let’s see who has that maximum. After the game in Istanbul, we decided to give the players a rest, because now it is important to recover and gain freshness than to “load” the players. It is important to stick together, show skills, give all our best for hundred percent and only then something will turn out”.

“They are a good team with good players. I expect a great and competitive game. They just as good as we are. We have to put attention to rebounds and limit our turnovers. Little things will decide the game”.

kurtinaitismickeyeuroleaguemaccabikhimki
Share on FacebookShare on ВконтактеShare on TwitterShare on ОК