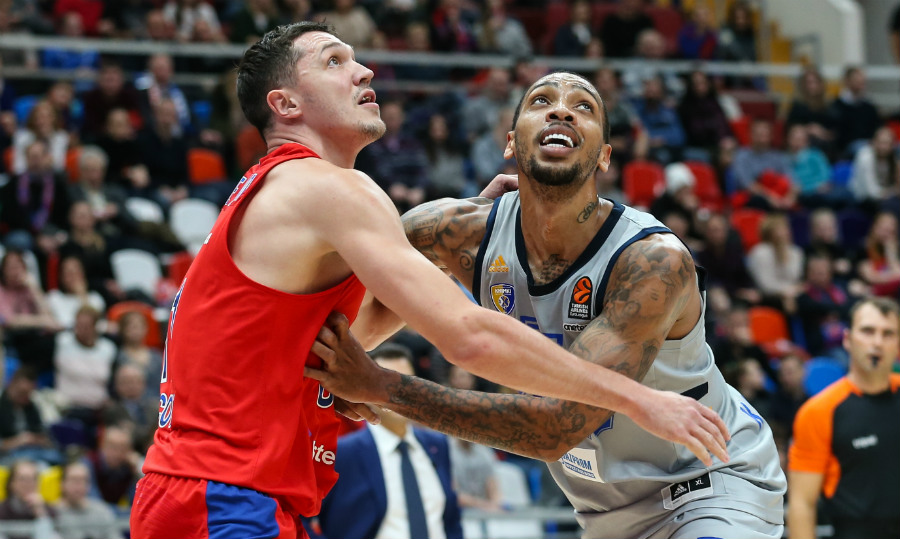 On Friday, March 29, 2019 Khimki Moscow Region will face CSKA Moscow, Russia in a EuroLeague round 29 game. The game will be played in Arena Mytishchi, Russia. Tip-off at 20:00 msk. Don't miss!

Khimki players Alexey Shved, Sergey Monya, Dmitry Sokolov and Egor Vyaltsev all played for CSKA. Shved played parts of seven seasons for CSKA between 2005 and 2012 and won the 2008 EuroLeague with the club. Monya spent three seasons with CSKA and Vyaltsev two.

Charles Jenkins needs 27 points to reach 1000 for his career.

“A very important game for us, like always against CSKA. We don’t have chances for the EuroLeague playoffs but we’ll try to do our best and will play as hard as we can. We are preparing seriously for this matchup. This is our last game in Mytishchi and we’ll try to bring joy to our fans who have supported us very well throughout all the season. We are playing for them, not for ourselves”.

“I still remember our fourth playoff game against CSKA from last season in Mytishchi. I think we deserved the fifth game. But now this is history. This season is already done and now every game is important. I’m sure that despite of the failure in the EuroLeague, our fans will come to support us in the game against CSKA. We’ll try to do our best to win it. We are upset that this year we didn’t clinch a playoff spot. We had many injures and failed in the beginning of the season, having lost couple of games with the buzzer. If we had won the games against Anadolu Efes and AX Armani Exchange Olimpia Milan in the first leg, probably everything would have changed differently for us. But this is basketball, and such things happen. Now we have to play with dignity and finish this season as strong as possible to get new EuroLeague ticket for the upcoming year”.

kurtinaitisthomaseuroleaguecskakhimki
Share on FacebookShare on ВконтактеShare on TwitterShare on ОК