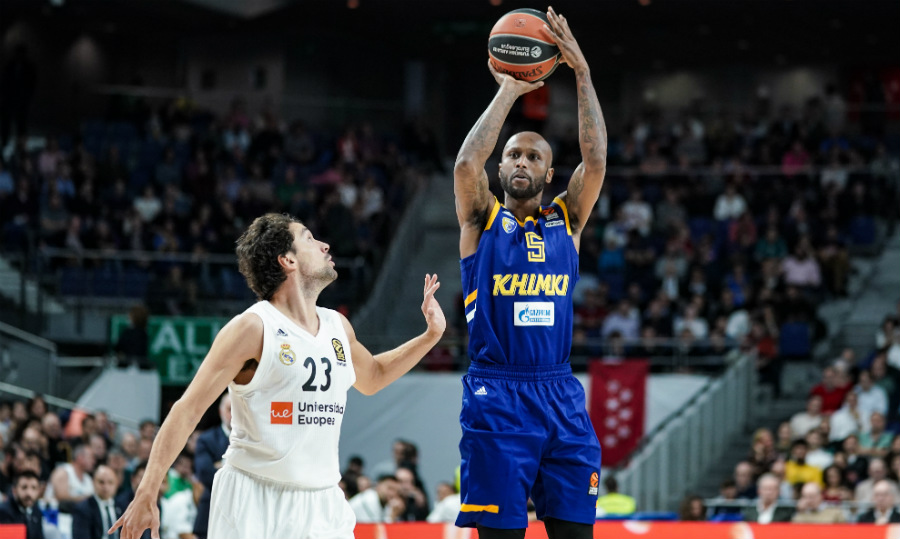 On Thursday, March 14, 2019 Khimki Moscow Region will face Real Madrid, Spain in a EuroLeague round 26 game. The game will be played in Arena Mytishchi, Russia. Tip-off at 20:00 msk. Don't miss!

Real Madrid big man Anthony Randolph was a teammate of Andrey Zubkov at Lokomotiv Kuban Krasnodar during the 2015/2016 season. They reached EuroLeague Final Four together.

Madrid's Klemen Prepelic and Khimki's Stefan Markovic were teammates at Banvit Bandirma during the 2013/2014 season.

Egor Vyaltsev is out for two weeks with damage to the muscles of the back of the thigh.

“We are preparing for Real Madrid in a normal way. Now they are in good shape as they showed great game against Fenerbahce last week. Obviously, they were better. It will be tough for us, but even with some injuries Real has a battleworthy roster. Their major player is Sergio Llull and our main point is to stop him. Also, we know about Jaycee Carroll and his ability to break out the game. For sure, we are not a tall team and concede to Real Madrid in this component, especially against such players like Tavares and Ayon. Anyway, we'll try to offset this margin with our effort, aggression and defense. We play at home and every time aim to win the game. We'll try to give Real Madrid a fight”.

“It's clear that it won't be an easy game for us because we still have problems with injuries and have to play with a short rotation. Like in all games, against Real Madrid everything will depend on our defense. If we play well on defense, we'll have chances”.

kurtinaitisgubanoveuroleaguerealkhimki
Share on FacebookShare on ВконтактеShare on TwitterShare on ОК