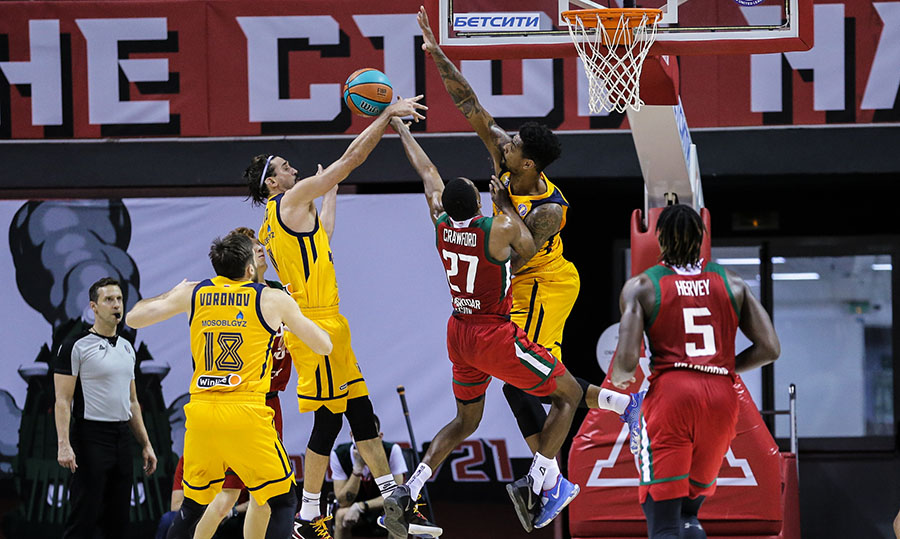 On Monday, February 8, 2021 Khimki Moscow Region will face Lokomotiv-Kuban Krasnodar in a VTB United League regular season game. The game will be played in Khimki. Tip-off at 19:00 msk.

“Lokomotiv is a very serious team, which is not coincidentally at the top of the standings. They recently signed to the former center of Avtodor Gordon, in connection with the injury of the main center Williams. And they are continuing selection process. Now Lokomotiv is like a wounded animal: they played well against Partizan ,but lost in the end, although it was a very important game for them. I think now they will be as motivated as possible: they need to rehabilitate themselves for recent defeats, and they lost to us relatively recently. If we compare it with our first game in Krasnodar, the game will be completely different now, as the teams will play completely different. I think everything, first of all, will depend on the desire: the winner will be the one who wants it more”.

vtbleaguekhimkilokomotivmaltsev
Share on FacebookShare on ВконтактеShare on TwitterShare on ОК