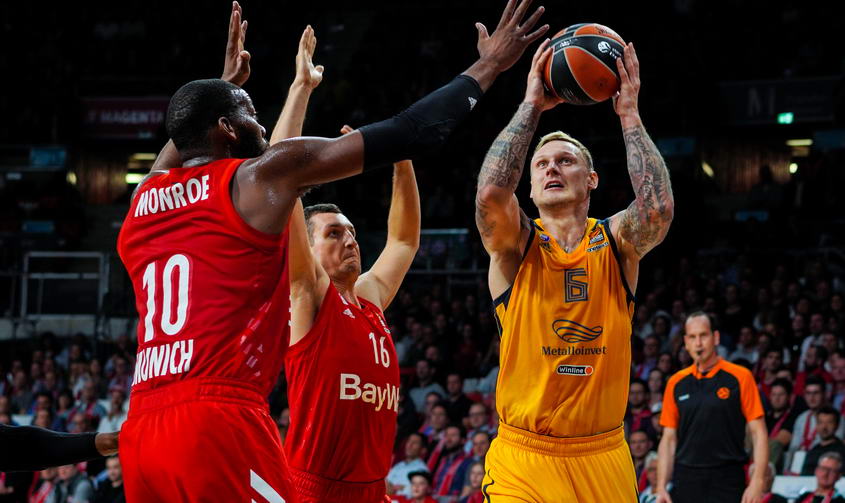 “I am happy. We had too many turnovers in the first two quarter, 12, too many for a game like this. I am happy that my players understood that this is wrong. We controlled the game, were concentrated until the end and I think it is a good win. For sure, all the teams want to play defense, but not every time teams play like their coaches want — if that happened, it would be 0-0! Anyway, we will put our offense and for sure, when we are scoring, we are confident and for sure, we played good defense tonight. We have no VTB League games at the end of this week, so we will get one day off, for sure”.

“For me, I just do what Coach asks me, no matter if I score 3 points in the game or how many I scored tonight. We played a great team defensive game tonight. They are a great team and this is a hard place to play and for us to get the win here is huge. We played as a team and everybody stepped up, which we needed to have. It is going to be a tough game
Photo
Поделиться в FacebookПоделиться ВконтактеПоделиться в TwitterПоделиться в ОК