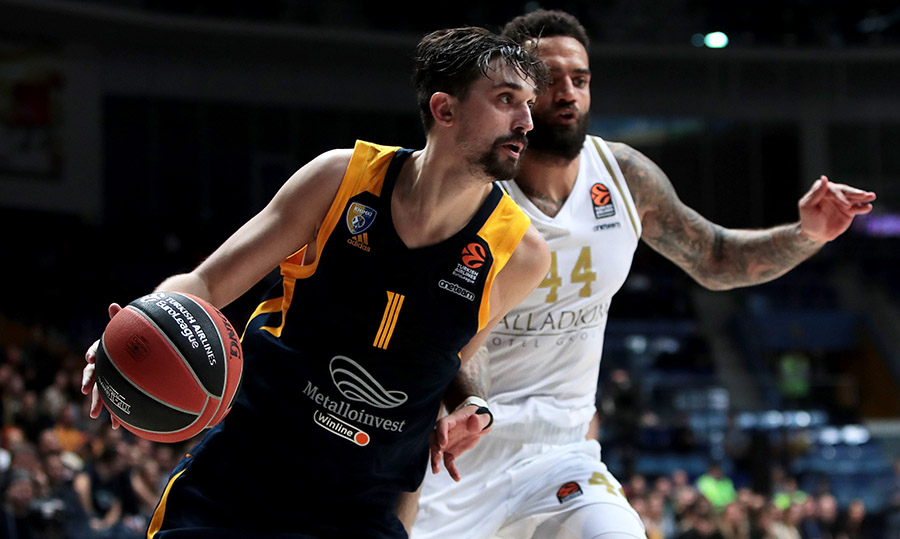 “It was for sure a very important game for us because we lost a couple of games. And for sure to win against such a big team as Real Madrid is a big success. So first I want to say congratulations to our guys and a big thank you because we showed a lot of energy and the maximum effort that we could and we got the victory. Maybe the result is really big because we played three and a half quarters of really good defense and to play against such a tall and strong team is not easy, but we were good today”.

“We played great. It was a different game than what we've played before. The last two games at home we lost and we just want to be better. Today we showed that we can beat big teams. We played nice, all together, and we're looking forward to the next game. I think we played better defense. In the last 5 minutes, we probably didn't push ourselves hard because the difference was big, but we need to play to the end. We cannot play easier. It was a great game”.

“The atmosphere was great tonight. I think we played with a lot of chemistry tonight and got some big-time stops. They missed some shots, we made some shots and came out to win.
Photo
Поделиться в FacebookПоделиться ВконтактеПоделиться в TwitterПоделиться в ОК