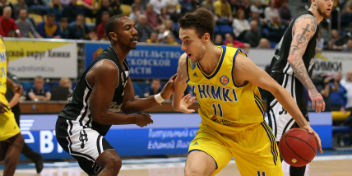 “After the first game with us, they changed some players. But Avtodor is still a very fast team; they play very well on transition, fast breaks and offensive rebounds, many one on one situations. We must stop their transition, avoid easy baskets and offensive rebounds. We have to play with patience. They have excellent players in Kolesnikov and Minnerath. Kolesnikov is an excellent shooter, one of the best in the VTB United League; he makes easy shots but also very good on offensive rebounds and runs very well. Minnerath is a very versatile player; he can play inside and outside; makes stots and one on one. We had one week break but practiced well and now we are ready to play this game”.
Share on FacebookShare on ВконтактеShare on TwitterShare on ОК