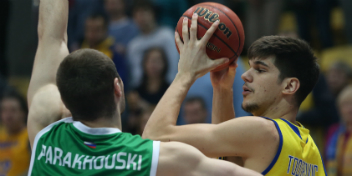 On Monday, February 20, 2017 BC Khimki in Kazan will face UNICS in a VTB United League regular season game. Tip-off at 19:00 msk. Watch LIVE at Match TV and Sportbox.ru.

"I think UNICS is a very good team that plays in the EuroLeague with strong opponents. It's a complete team that has two leaders in Colom and Langford. Probably Colom is one of the best players on pick and rolls and situations two on two; whereas Langford is maybe the best player in Europe at this position. It will be a very difficult game but we go to Kazan trying to win. I think we are ready to play but the most important thing is not to take the UNICS rhythm because they want to play their own rhythm. I think we must put our own rhythm".
Share on FacebookShare on ВконтактеShare on TwitterShare on ОК