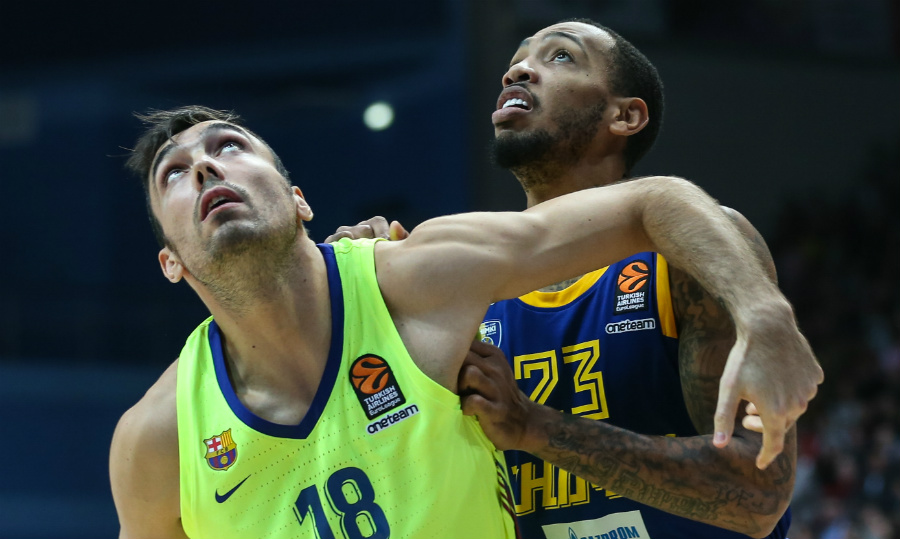 On Friday, April 5, 2019 Khimki Moscow Region will face FC Barcelona Lassa, Spain in a EuroLeague round 30 game. It will be played at Palau Blaugrana. Tip-off at 22:00 msk. Watch LIVE at Match TV, euroleague.tv and matchtv.ru.

Claver and Chris Singleton were teammates of current Khimki forward Andrey Zubkov during the 2015/2016 season at Lokomotiv Kuban Krasnodar. They all helped Lokomotiv reach the EuroLeague Final Four.

Khimki guard Stefan Markovic and Claver were teammates at Valencia Basket during the 2011/2012 season.

Markovic was also a teammate at Valencia of Pau Ribas during the 2012/2013 campaign.

Barcelona's Jaka Blazic and Khimki's Charles Jenkins were backcourt teammates at Crvena Zvezda mts Belgrade for two seasons, from 2013 to 2015.

“We have problems with injuries and some key players probably won’t be able to take part in this game. Anyway, we’ll try to do our best and play a good game. We are preparing seriously for FC Barcelona and for sure will give our best. They have good players and an experienced coach in Pesic who is a great defensive specialist. They play strongly and aggressively all 40 minutes and like to run, like all Spanish teams. This season they have shown really great results, as they won Copa del Rey recently and now, they are first in the ACB League. I think htat FC Barcelona is a clear favorite in the EuroLeague”.

“I think that we will have the right mood for this game. We'll try to win in Barcelona to continue our domestic league with a good mood. For sure, it's embarrassing to have such a long losing streak in the EuroLeague. Generally, I think this season we played badly in the EuroLeague because we didn't achieve our goal of qualifying to the playoffs. To my mind, the reason is a lack of experience and skills, no matter about our injuries. We lost to FC Barcelona at home, as last season. They are a very strong team with a famous coach, Pesic, who I used to work with. They have great players at every position and for sure will try to win at home. It will be a tough game for us, but interesting for the fans”.

khimkibarcelonaeuroleaguemonyakurtinaitis
Share on FacebookShare on ВконтактеShare on TwitterShare on ОК