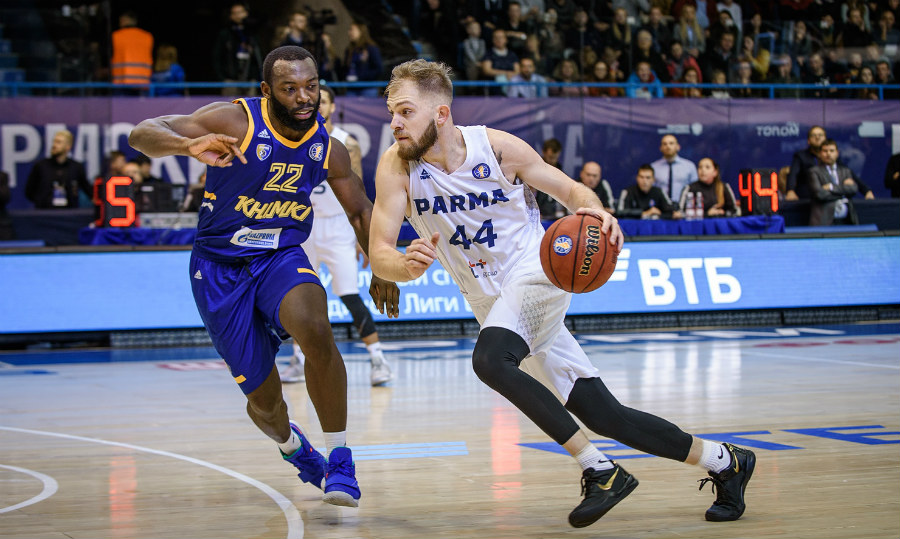 On Sunday, April 28, 2019 Khimki Moscow Region will face Parma Perm in a VTB United League regular season game. It will be played in Basketball Center of Moscow Region. Tip-off at 15:00 msk. Don't miss!

“We are very disappointed with the result of the game against Enisey, which we were not ready for. We had a lot of practices and I don't have big complaints about the team. Even the result of the game against Enisey has no effect, it was a very frustrating defeat. We drew conclusions, held a meeting and trained seven days a week, as this is the last opportunity to test ourselves in the case before the playoffs. Of course, we intend to win and we don't want to fail like on Wednesday. I have already said that we must respect the fans, ourselves and the club, because no one is ready for such defeats. The guys understand what was said at the meeting. We are determined to win, but it will not be easy, because Parma has nothing to lose. They will play with energy and desire, and it is always difficult against such teams. I would even say that sometimes it is easier to play against EuroLeague teams as they have their own style and everything is laid out on the shelves. Last game against Enisey showed that we can't handle. I hope we have reached our conclusions. In the Parma team I can point out Brown, who played in Lithuania. He is their main player, motor and heart of the team. He plays well, and if we give him a little bit of oxygen, then it will be difficult to stop him, as happened with Harrison in the last game. Therefore, we should not let the players of Parma feel that they can do something more. Also I can note Blums who is an experienced, dangerous and clever player with a good throw. Finally, the danger is posed by McLean, who recently returned to Parma from Avtodor. Here he found himself again, playing well and freely, scoring a lot of points. Again, it won't be easy for us, because Parma plays with energy and recently beat UNICS. But we will make every effort to win”.

khimkiparmavtbleaguekurtinaitis
Share on FacebookShare on ВконтактеShare on TwitterShare on ОК