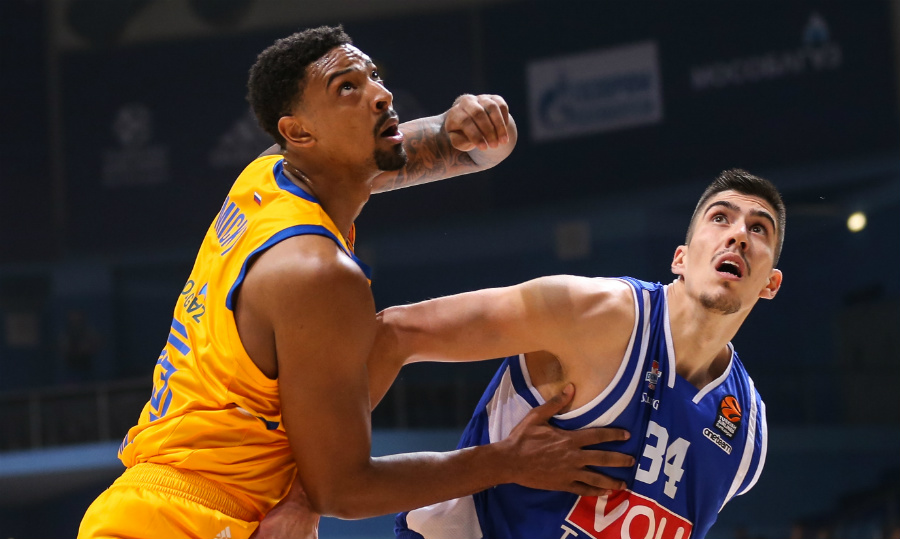 On Thursday, February 7, 2019 BC Khimki will face Buducnost VOLI Podgorica, Montenegro in a EuroLeague round 22 game. The game will be played in Podgorica at Moraca Arena. Tip-off at 21:00 msk. Watch LIVE at Match! Nash Sport, Euroleague.tv and matchtv.ru

Edwin Jackson of Buducnost and Stefan Markovic of Khimki were teammates at Unicaja Malaga during the 2015/2016 season.

Khimki guard Dee Bost played for Buducnost during the 2012/2013 season. He was a teammate of Nikola Ivanovic and Danilo Nikolic; they helped the team reach the EuroCup Quarterfinals.

“This is a very dangerous team, especially at home, and they proved it winning games with CSKA Moscow and Real Madrid. Even in losing games they made it difficult for the opponents. Comparing to our first game, they made some changes, as they added Norris Cole, James Bell and Goga Bitadze to the roster. Cole is a good and fast point guard, the best scorer in the team, playing good offense, so our main task is to stop him. Of course, we came here to win. We will do our best to get a road win”.

“It will be a tough game. This is a team that plays really well at home in a really tough environment. For us, we are looking a stand to a play-off run so for us it’s important to come out as focused as possible, trying to execute our game plan the coach designed for us; just to play harder than our opponent. They have latest additions in Norris Cole whom I know from the last year with Maccabi; he is a really exciting guard to watch, a tough player with a lot of experience. It will be tough for us to try to focus on him and to manage his penetration that he does really well. The young fella Bitadze is a really good player; he played for Mega and I watched him, so now it’s good to see him playing at the highest level in Europe. He is young and doesn’t have much pressure, so he is playing free being able to be himself, take threes, play back to the basket, rebound, block shots. They have a really good team. I played against Buducnost a lot, I know that type of environment where they can beat anyone in the EuroLeague. At the same time, we have good players too. It will be a game of two EuroLeague teams trying to compete, and everybody wants to win”.

khimkibckhimkieuroleaguekurtinaitisbuducnostjenkins
Share on FacebookShare on ВконтактеShare on TwitterShare on ОК