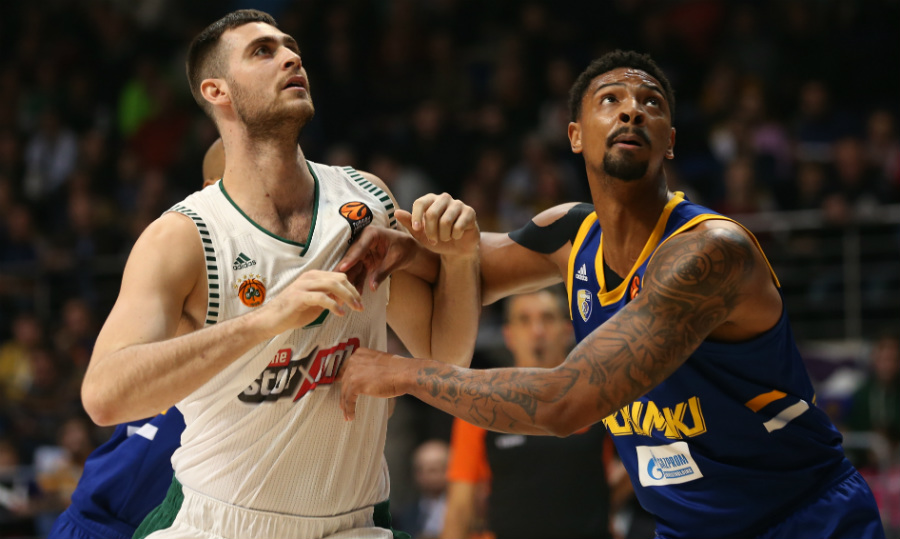 On Friday, February 22, 2019 BC Khimki will face Panathinaikos OPAP Athens, Greece in a EuroLeague round 23 game. The game will be played in Olympic Sports Center Athens. Tip-off at 22:00 msk. Watch LIVE at Match TV, Match! Igra, Euroleague.tv and matchtv.ru

Keith Langford made his EuroLeague debut with Khimki and spent two seasons there, from 2009 to 2011. Langford was a teammate of Vyacheslav Zaytsev for both seasons. He was also a teammate of Petr Gubanov in 2009/2010 and with Sergey Monia during the 2010/2011 campaign.

Gubanov and Langford were also teammates at UNICS Kazan for two seasons, from 2014 through 2016.

Ian Vougioukas and Khimki forward Andrey Zubkov were teammates at Lokomotiv Kuban Krasnodar during the 2016/2017 season.

“At home, Panathinaikos is playing with double energy. This is a fast team that runs perfectly, especially with new coach Pitino. It will be better for us to play our game and stop their fastbreaks. In this case it will be easier for us. From the other side, they also need this win but they have similar roster problems. It’s always tough to play in Athens, but we have good experience here as we beat them back in 2012. Both teams have equal chances, but for us it’s important to control this game and play with discipline. I’m anxious more about my team than about our opponent. In recent games we have shown that in tough moments we often lose control, make rush decisions and want to make a quick comeback. We want to avoid this, and if we do this we have good chances in Athens”.

“It’s gonna be a very tough game for us. We came to a hostile environment with two teams with a similar record trying to make a push to the EuroLeague playoffs. I expect to play against an experienced and motivated Panathinaikos team in a hostile environment. The best thing we can do is to follow the game plan of the coach and play as hard as we can, to continue fighting trying to get a victory. They have new coach in Pitino, one of the most known coaches in the USA. He is a well-respected coach but for him it is new to be here in Europe. It will be nice to play against him”.

khimkipanathinaikoseuroleaguekurtinaitisjenkins
Share on FacebookShare on ВконтактеShare on TwitterShare on ОК