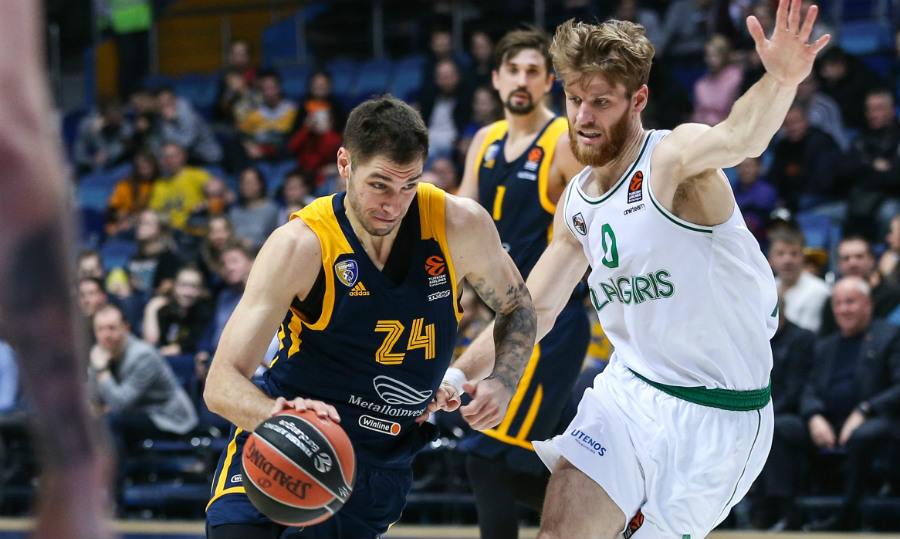 On Tuesday, March 3, 2020 Khimki Moscow Region will face Zalgiris Kaunas, Lithuania in a EuroLeague round 27 game. The game will be played at Zalgirio Arena (Kaunas). Tip-off at 21:00 msk.

Janis Timma of Khimki and Zach LeDay of Zalgiris were teammates with Olympiacos Piraeus last season.

Gubanov and Zalgiris sharpshooter Arturas Milaknis were teammates at UNICS Kazan during the 2015/2016 season.

“Zalgiris has changed their playing style. They have used a defensive approach recently, but now with the arrival of K.C. Rivers, they make more three-pointers and score 85-90 points in recent games. They have improved their offense but their defense remained very good, so they are a very dangerous team, especially at home, although they play well on the road. Zalgiris always plays with double energy on their court with 15 thousand fans, so we expect a very difficult game. Both teams need this win, so for us it will be like a mini-final”.

“They have a big tradition here in Kaunas. Playing in Rytas before, the rivalry was huge. Every time we played it was a sold out and I expect nothing but the same tomorrow. I know that because of the coronavirus some urgent people stay away, but I still expect a packed house. Zalgiris is a great team. At home they feed of the energy from the crowd, so we'll see if we are ready to jump and play all 40 minutes. They are a tough team. I think, they definitely take after their coach's mentality. They are very physical; they play hard with a lot of intensity; they crash the offensive glass. They definitely struggled at the beginning [of the season] but they got on a streak here. They've shot the ball a lot better in the second half of the EuroLeague season, so defensively we have to be ready keep the ball under the paint, not let them get the ball down low and get the ball into the paint, take out their shooters from the wide open shots. Offensively, we just have to keep doing what we've done through last three games”.

khimkizalgiriseuroleaguekramerkurtinaitis
Share on FacebookShare on ВконтактеShare on TwitterShare on ОК