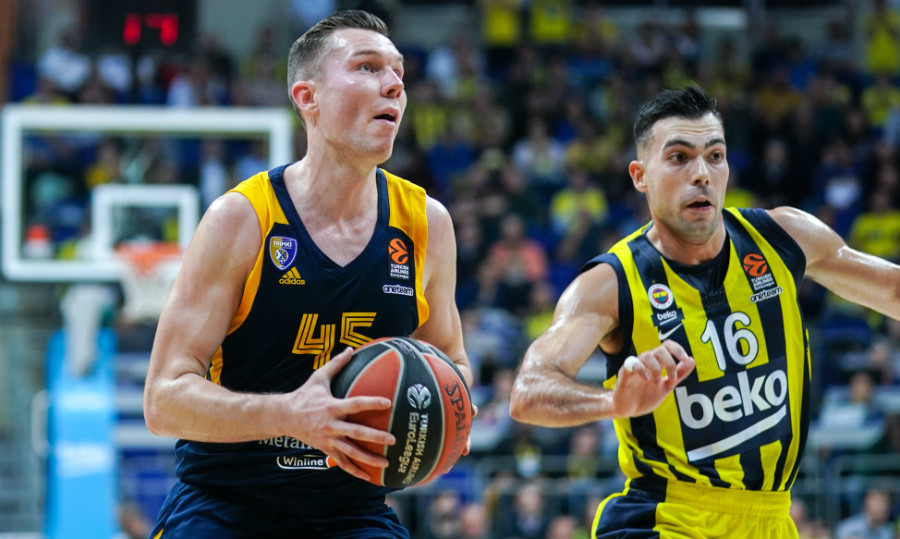 On Friday, March 6, 2020 Khimki Moscow Region will face Fenerbahce BEKO Istanbul, Turkey in a EuroLeague round 28 game. The game will be played at Arena Mytishchi, Russia. Tip-off at 20:00 msk. Don't miss!

Fenerbahce big man Joffrey Lauvergne played at Khimki for the start of the 2014/2015 season, before leaving in February 2015. Khimki went on to win the 7DAYS EuroCup title that season. Lauvergne was a teammate of current Khimki players Egor Vyaltsev and Sergey Monia that season.

Fenerbahce big man Malcolm Thomas spent the last two seasons with Khimki. He played under head coach Rimas Kurtinaitis and was a teammate of majority of current Khimki players.

Fenerbahce forward Nikola Kalinic was a teammate of Khimki's Stefan Jovic at Crvena Zvezda Belgrade for the 2014/2015 season. Kalinic has also been a teammate of Jovic on the Serbian national team. They won silver medals together at the 2016 Summer Olympics in Rio and also at the 2014 Basketball World Cup.

“Right now, Fenerbahce has a full roster, although it is not yet known if Sloukas will play against us. Now they are picking up what they did not get at the beginning of the season because of injuries. Fenerbahce is our direct competitor for the playoff spot. They have the best coach in the EuroLeague, who has kept the core of the 2017 championship team. Both in terms of defense and offense, they are a very tough opponent, as they have good players in every position, so the battle will not be easy. Having lost on the road, the mood is not good. We went to Kaunas with a series of three wins and with hope. We expected that we would play better, but there were many positive moments against Zalgiris. We could have changed the course of the game, but it didn’t work out. It’s a pity that we lost more than nine points, as it all makes its mark. However, it was the day before yesterday. We have to forget about it; we look forward. Our chances are good, and we are preparing for the next game, which is the most important for us. We know our problems and are working to solve them”.

“Fenerbahce is a very experienced team. They have a great coach, with whom they show good basketball for several years in a row. The beginning of this season was not okay for them because of injuries; they could not find their game, but now they have a full roster. There added some new players, in particular, Malcolm Thomas. They are in a good rhythm right now. At the moment, every game is important, because the playoffs is at stake. It will be very tough for us, even though we are playing at home. For us, every game is crucial, and a lot depends even on a couple of points. For sure, it won’t be easy, so we need to show maximum effort and try to win”.

khimkifenerbahceeuroleaguekurtinaitistimma
Share on FacebookShare on ВконтактеShare on TwitterShare on ОК