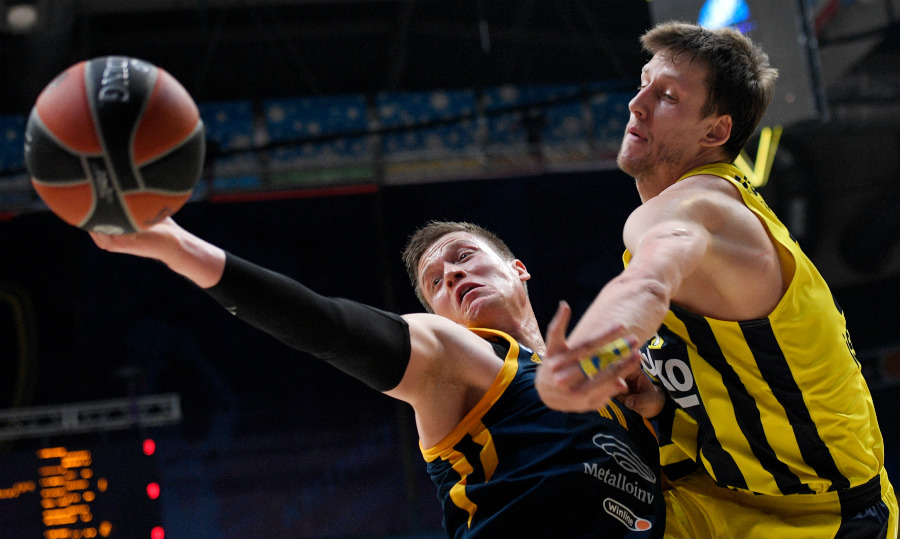 On Friday, November 6, 2020 Khimki Moscow Region will face Fenerbahce BEKO Istanbul, Turkey in a EuroLeague round 7 game. The game will be played at Ulker Sports and Event Hall. Tip-off at 20:45 msk.

In season 2017/2018 Jonas Jerebko played for Utah Jazz, where Igor Kokoskov served as an assistant coach.

“We play on the road and, even if there are no fans, they play on their home court and that means a lot. Last week, Fenerbahce played a really good game against Maccabi. They have two main players, Lorenzo Brown and Nando De Colo, who set the tone for the whole game. It won't be easy, but we can do it. We have good practices; we have enough players to prepare for the games, although we don't have a couple of guys because of injuries. I think we are ready to win this game”.

“They are always a solid team and it's always tough to play in this gym, with or without fans. So we have to come out solid and play together, trying to get another win. I have a couple of guys in Fenerbahce I played with. Honestly, it's always fun to play against your former teammates, the guys you've known for some time now. It's definitely a big fun to compete against Danilo Barthel and also Lorenzo Brown”.

khimkifenerbahceeuroleaguekurtinaitismonroe
Share on FacebookShare on ВконтактеShare on TwitterShare on ОК