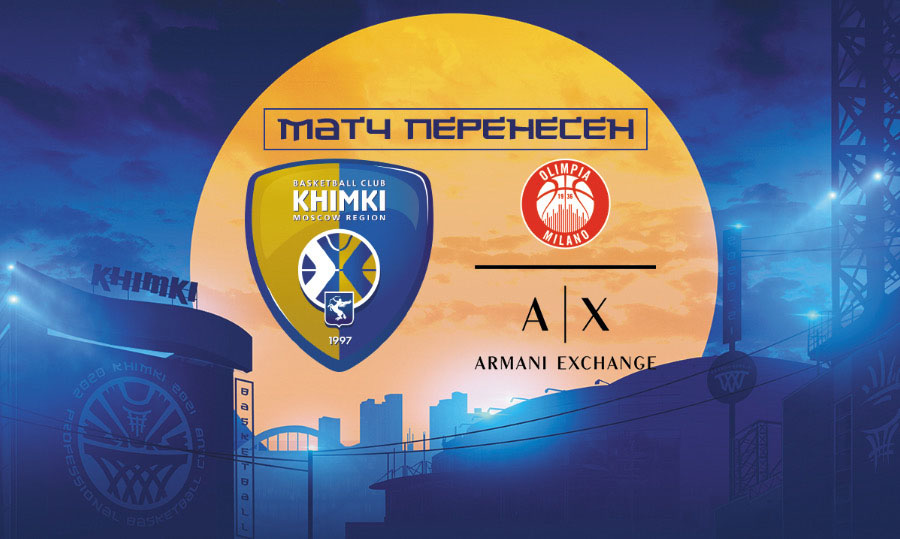 The Turkish Airlines EuroLeague Regular Season Round 8 game between Khimki Moscow Region and AX Armani Exchange Milan, which was originally scheduled to be played on Friday, November 13, has been suspended.

Milan requested the suspension of the game due to local legislation imposing quarantine measures on the team, which leaves without the minimum eight players on the Authorisation List fit to play.

Following the modification of the Special Regulations due to COVID-19, approved by the ECA Shareholders Executive Board, each game can be rescheduled up to three times, if there are available dates. Euroleague Basketball will coordinate with the teams the best options to reschedule the game. Alternative dates will be announced on official Euroleague Basketball platforms once confirmed.

euroleague
Share on FacebookShare on ВконтактеShare on TwitterShare on ОК