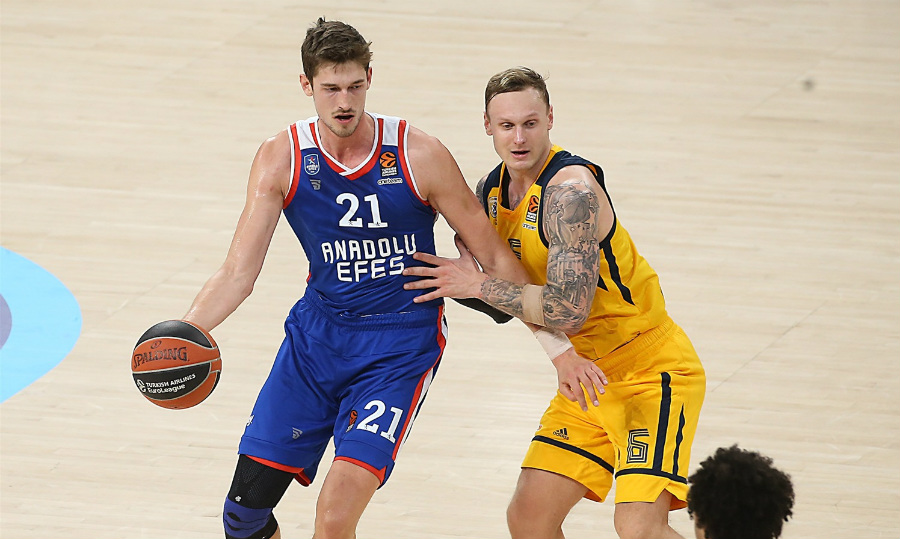 On Thursday, November 19, 2020 Khimki Moscow Region will face Anadolu Efes Istanbul, Turkey in a EuroLeague round 10 game. The game will be played at Arena Mytishchi. Tip-off at 20:00 msk.

“Like Khimki, Anadolu Efes has some difficulties in the EuroLeague. Larkin has returned to action; he is trying very hard, but so far has not scored his share of points. Everyone knows what kind of player he is. It is not clear how long it will take him to get into his best shape in which he "killed" all the teams last season. However, Efes has players to play even without Larkin. I mean Micic, Pleiss, and Singleton, who have great skills. We remember how they played last season. This year, they have problems similar to ours: injuries and coronavirus. Both teams played yesterday, and when games are played every other day, it is very difficult to predict anything. I am not so much concerned about Efes but all about our team, namely how to revive our players after a difficult game against Zenit, both emotionally and physically. It will depend on how much energy we will leave on the court tomorrow. However, we play at home, and after the win over Zenit, we are in a good state emotionally, but it doesn't always work. One way or another, we are going to face a serious opponent, one of the EuroLeague favorites, even if they are not as dominant as they were last year”.

“Despite the fact that Efes lost a lot of games, including yesterday's loss to FC Bayern Munich, they are still a very good team, with almost nothing changed from last season. It will be a very difficult game, but we must be ready. We played the last couple of games at a good level, so I expect a good fight. Both teams have a good frontcourt, however, great players as well as in all other positions. Larkin plays a big role in their team. He is a player who can score 30 points or more, and our goal is not to let him do that”.

euroleaguekhimkianadoluefeskurtinaitisbertans
Share on FacebookShare on ВконтактеShare on TwitterShare on ОК