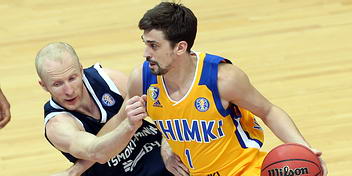 “We started the season as we wanted by winning this game having a solid performance in the second half. We approached the game with the right attitude playing better defense, trying to execute in the offense and not like in the first half when we had a little bit rush in our decisions. Finally, we found consistency and had a solid half-time that's why we won the game with almost 30 points. 23 assists, 10 steals and more rebounds speak for a good performance for our team. According to the period when we are in the beginning of the season without some players, trying to get new ones to our philosophy”.

“It's too early. We early know each other well and still searching for a team identity so it's gonna happen like that in the beginning of each year. But most important is that we've won our first game and look forward to practicing tomorrow trying to continue to get better. The environment was great as the fans were really involved into the game. The guys found me when I was open and it was comfortable enough to take open shots”.
Photo