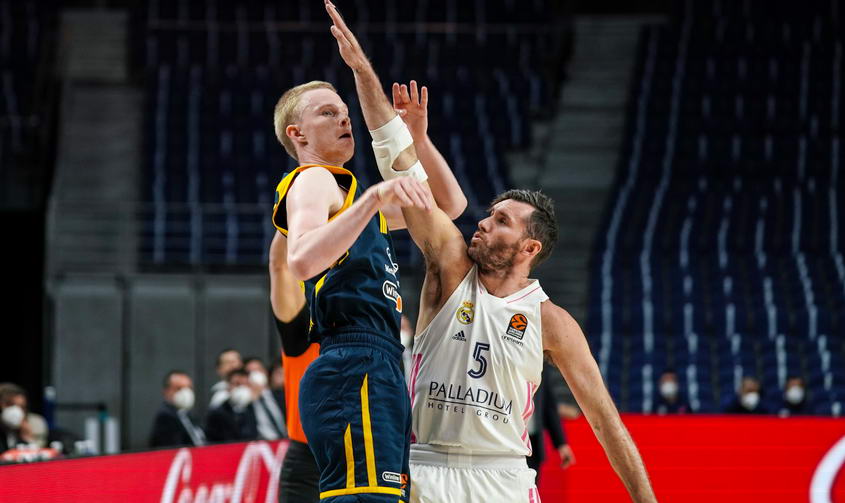 “First, I want to congratulate Real Madrid and coach Pablo Laso on a first win in the EuroLeague. They played well tonight. They showed good percentage, especially from three-point line. They played at home, and it's a great win for them. As for our team, everyone knows our problems. We don't have enough players to play but we have played third game in a row with eight guys. Tonight's game was not bad. Maybe we were little bit tired but anyway, the game was good. I'm happy how we were playing. From game to game we are getting better. I hope one day we will win”.
Photo
Поделиться в FacebookПоделиться ВконтактеПоделиться в TwitterПоделиться в ОК