CSKA vs. BC Khimki: trird part or Russian classic 4 february 2018 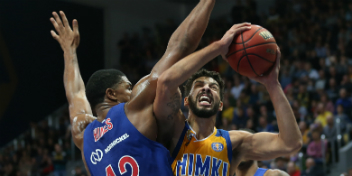 “We had only one day to prepare for this game. One more time it's going to be a big challenge for us because CSKA has a level. We have some problems with our frontline because we don't have Todorovic for VTB League, and Sokolov is also out. So, we have to manage to play well without them. CSKA is the best offensive team in the EuroLeague, so we need extra effort in defense because they have a lot of talent. If you allow them to play their game, you'll always have problems”.
Share on FacebookShare on ВконтактеShare on TwitterShare on ОК