BC Khimki vs. VEF Riga: now Baltics visit us11 february 2018 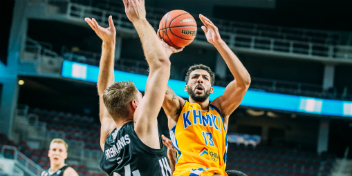 On Monday, February 12, 2018 BC Khimki at home will face VEF Riga in a VTB United League regular season game. The game will be played in Khimki (Basketball Center). Tip-off at 19:30 msk. Don't miss!

“VEF is playing much better now. They have had two wins in a row before our game. It looks like since they changed some foreigners and add some new they became a better team. They like playing up-tempo game and attacking on offensive boards. Of course, for us it's important to change immediately the approach after a crucial game in Kaunas, being ready on Monday to play one more difficult game, because right now our record in VTB United League is not so good. We don't have a chance to lose games. So, we need to be ready to play”.
Share on FacebookShare on ВконтактеShare on TwitterShare on ОК