Baskonia vs. BC Khimki: to the Basque Country28 february 2018 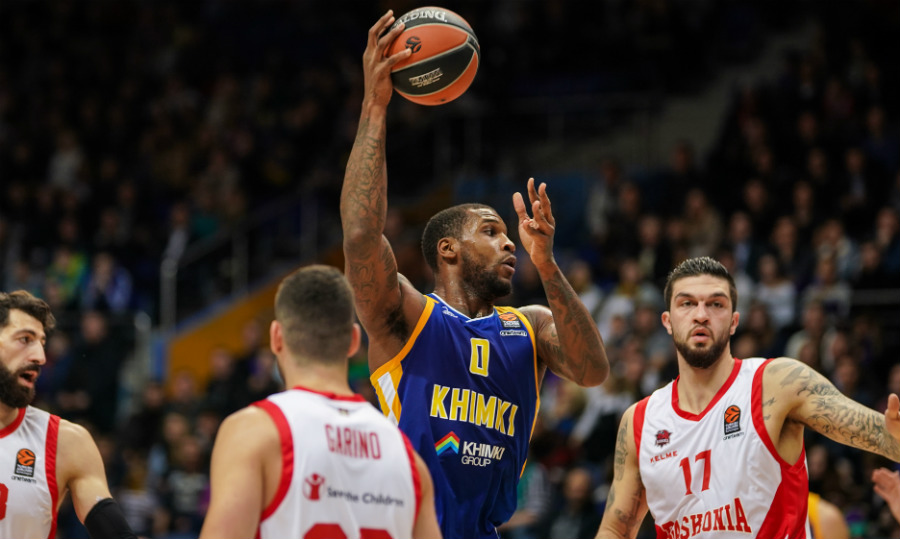 BC Khimki left to Vitoria-Gasteiz, Spain to face Baskonia on the road. The game will be played at Fernando Buesa Arena on Thursday, March 1, 2018. Tip-off at 23:00 msk. Watch LIVE at Match! Nash Sport, Sportbox.ru and EuroLeague TV.

Baskonia guard Marcelinho Huertas was a teammate of BC Khimki center Marko Todorovic at FC Barcelona for two seasons, from 2012 to 2014.

Baskonia shooter Matt Janning was a teammate of Andrey Zubkov and played under Coach Georgios Bartzokas at Lokomotiv Kuban Krasnodar during the 2015/2016 season; together they reached the EuroLeague Final Four. Zubkov and Janning were teammates at Lokomotiv last season, too.

Point guards Jayson Granger of Baskonia and Stefan Markovic of BC Khimki were backcourt teammates at Unicaja Malaga during the 2014/2015 season.

Granger was a teammate of BC Khimki forward Tyler Honeycutt at Anadolu Efes Istanbul last season.

“It’s a very special and difficult challenge for our team. Every game now going to the end is more difficult. The environment at Fernando Buesa Arena is always difficult for the opponents, for the away team. It’s obvious from the results that they have until now it’s a team that if you play with their rhythm, they can destroy you. So, we need to be solid. Right now, it looks like we are playing better and more solid on both ends; we need to be very consistent and not give them second chances in offense with the rebounds. Also, we need to defend well against the many creators and scorers they have in the backcourt”.

“We expect a very difficult game because mostly for them it’s a very important game to keep their chances to qualify for the playoffs. For us, it’s also an important game because with this win we’ll show we are on a good track. We want to keep going. I think, [in November] Baskonia had its second game with a new coach against us. We know that he is a very good coach and his teams are always competing at a high level, so it will be very tough for us to go and play there. Hopefully, we will be able to take a win. I have played at their gym many times. Baskonia is a team that plays very well at home, with much intensity because of their fans. They have good supporters who always help them, so they can feel confidence. We know, it won’t be the same game like we had in Mytishchi, but now, I think, we are a better team than we were in the first game”.
Share on FacebookShare on ВконтактеShare on TwitterShare on ОК