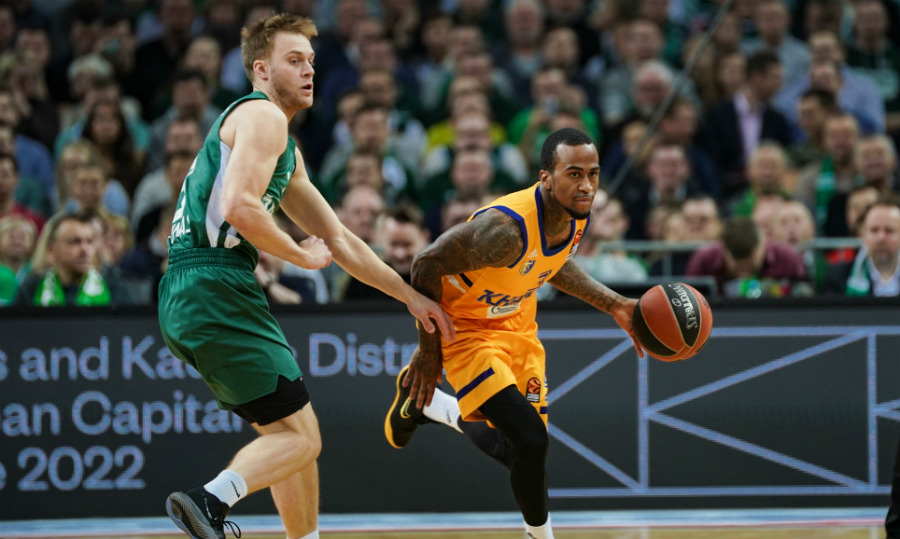 On Thursday, January 31, 2019 BC Khimki will face Zalgiris Kaunas, Lithuania in a EuroLeague round 21 game. The game will be played in Arena Mytishchi, Russia. Tip-off at 20:00 msk. Don't miss!

Khimki set its EuroLeague club record with 47 rebounds against Zalgiris in a 93-89 overtime home win in December 2010.

Khimki guard Dee Bost spent the first part of last season with Zalgiris Kaunas, playing under Coach Sarunas Jasikevicius. He was a teammate of the majority of the current Zalgiris roster.

Petr Gubanov and Zalgiris sharpshooter Arturas Milaknis were teammates at UNICS Kazan during the 2015/2016 season.

Guards Nate Wolters of Zalgiris and Charles Jenkins of Khimki were teammates at Crvena Zvezda mts Belgrade during the 2016/2017 season.

Alexey Shved, Anthony Gill and Casey Prather are out because of injuries.

“I know Zalgiris very well because last season, when I coached Lietuvos Rytas Vilnius, we played them 10 times in the local league and Lithuanian Cup. I know their power, but my main concern is to deliver this information to my players. How will they perform on the court is a real question. We have prepared for this game, as usual. I think the main advantage of Zalgiris is their control of the game and discipline. They do not rush and always have a good reaction to game changes. Also, they play well in transition, when it is justified, and do it with high percentages. They have patience and will never make a bad shot. I haven't seen this for the last three years, since Jasikevicius started to coach this team. We have to play all 40 minutes and it will be a tough game. Their main power is a teamwork and a team game”.

“We have already played Zalgiris this season and know their style. It will be a serious and tough fight for all 40 minutes. Zalgiris is a persistent team that never gives up. They play hard regardless of the result, whether they are up by 20 or down by 20. They always play until the last second and show a very organized game, with tight defense and great offense. They have good players, so it will be tough to play with them”.

khimkizalgiriseuroleaguevyaltsevkurtinaitis
Share on FacebookShare on ВконтактеShare on TwitterShare on ОК