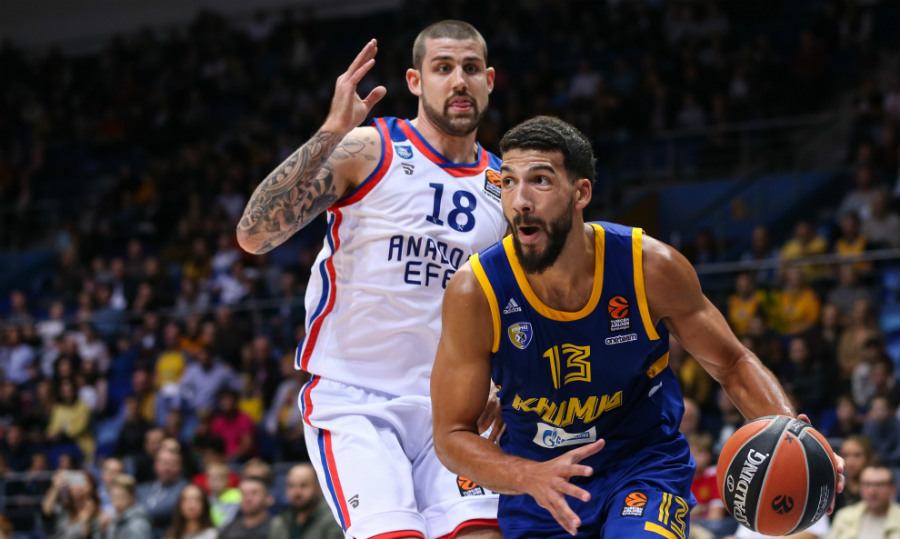 On Thursday, January 10, 2019 BC Khimki will face Anadolu Efes Istanbul, Turkey in a EuroLeague round 18 game. The game will be played in Istanbul at Sinan Erdem Dome. Tip-off at 20:00 msk. Watch LIVE at Match TV, Match! Arena, Euroleague.tv and matchtv.ru

Dee Bost and Vasilije Micic were teammate at Zalgiris Kaunas for the first part of last season.

Stefan Markovic and Micic have played together on the Serbian national team.

James Anderson started 29 games for BC Khimki last season. He played under coach Georgios Bartzokas and was a teammate with majority of Khimki’s roster.

Krunoslav Simon and Andrey Zubkov were teammates at Lokomotiv Kuban Krasnodar during the 2014/2015 campaign.

Charles Jenkins and Simon played together during the 2015/2016 season with AX Armani Exchange Olimpia Milan.

“In the back-to-back games, you always need to handle more than the tactical point of the game. It depends on if you are coming from winning or losing the previous game. Anadolu Efes is among the top four teams in the EuroLeague; a team that is passing the ball a lot and shooting the ball great. They built this team with players who have a lot of EuroLeague experience. Everyone in the squad knows his job, the coach is very experienced. Watching their previous game against Zalgiris, you can see they are in great shape. One more time, we need to play as a team, to play together, with faith, just to believe in ourselves and fight, as we have done lately”.

“I’m excited to be back with the team. I’m really glad that we managed to win as well. I think, this win [over Fenerbahce] surprised a lot of people. We just keep working hard and play like we did last night. I think, we can do special things in the EuroLeague, so I’m excited and glad. Now we have to face Anadolu Efes, a great team. We have to be ready for them, especially at their home gym. They have their rhythm and everything. James Anderson will be ready to play against us as he was here with us last year. We just have to be ready. We can’t be leaving after Fenerbahce game; we have to get some wins in a row, that’s what we have to do”.

khimkibckhimkieuroleagueanadoluefesbartzokas
Share on FacebookShare on ВконтактеShare on TwitterShare on ОК