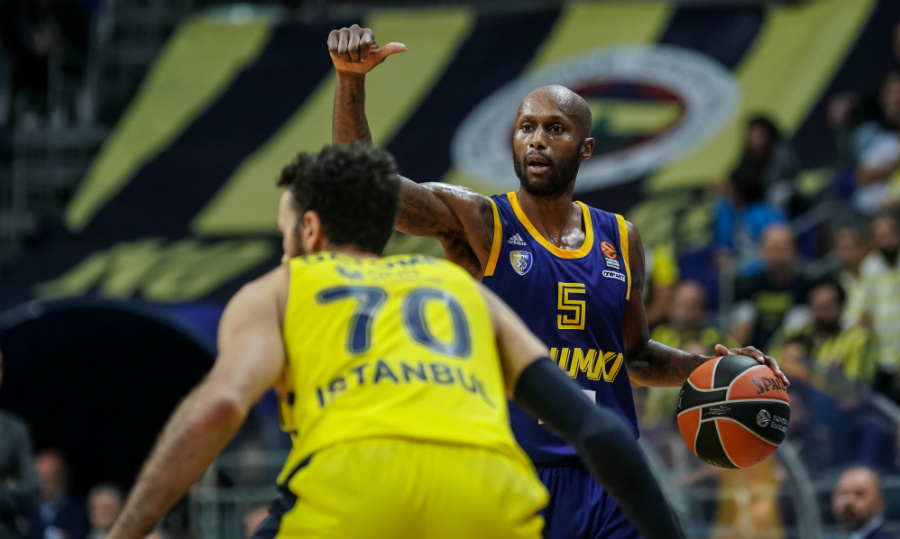 On Tuesday, January 8, 2019 BC Khimki will face Fenerbahce BEKO Istanbul, Turkey in a EuroLeague round 17 game. The game will be played at Arena Mytishchi. Tip-off at 20:00 msk. Don't miss!

Fenerbahce guard Kostas Sloukas played under Coach Georgios Bartzokas for two seasons at Olympiacos Piraeus. In the first of those two seasons, they won the 2013 EuroLeague.

Fenerbahce's Nikola Kalinic has been a teammate of Khimki's Stefan Markovic on the Serbian national team. They won silver medals at the 2016 Summer Olympics in Rio and the 2014 FIBA Basketball World Cup.

Fenerbahce big man Joffrey Lauvergne played at Khimki for the start of the 2014/2015 season, before leaving in February 2015. Khimki went on to win the 7DAYS EuroCup title that season. Lauvergne was a teammate of current Khimki players Egor Vialtsev and Sergey Monia that season.

Lauvergne and Markovic were teammates at Valencia Basket for a few games early in the 2012/2013 season.

Alexey Shved is still out for Khimki with injury, but Anthony Gill is questionable as he already started practicing with the team.

“There are not many things to say. We are talking about a team that is unbeaten for many games in a row. It looks like they are in great shape right now. Probably it is the toughest opponent in the EuroLeague so far but we have shown a lot of progress in the last game with Gran Canaria. We have to show the same approach and play together with confidence, all forty minutes. We will compete that is very important, especially against the best team in the contest”.

“Fenerbahce is one of the best teams in the EuroLeague. They play on a high level that means we need to raise the level of our game. With this kind of teams we have to play all 40 minutes, if we want to win. It's a huge challenge in front of us. They pretty much cover every spot with high level players; new players make contribution. Also, they have a great coach. We just need to play collectively and show good defense, and we will see. It's a basketball game and everything can happen if you have good approach”.

khimkifenerbahceeuroleaguemarkovicbartzokas
Share on FacebookShare on ВконтактеShare on TwitterShare on ОК