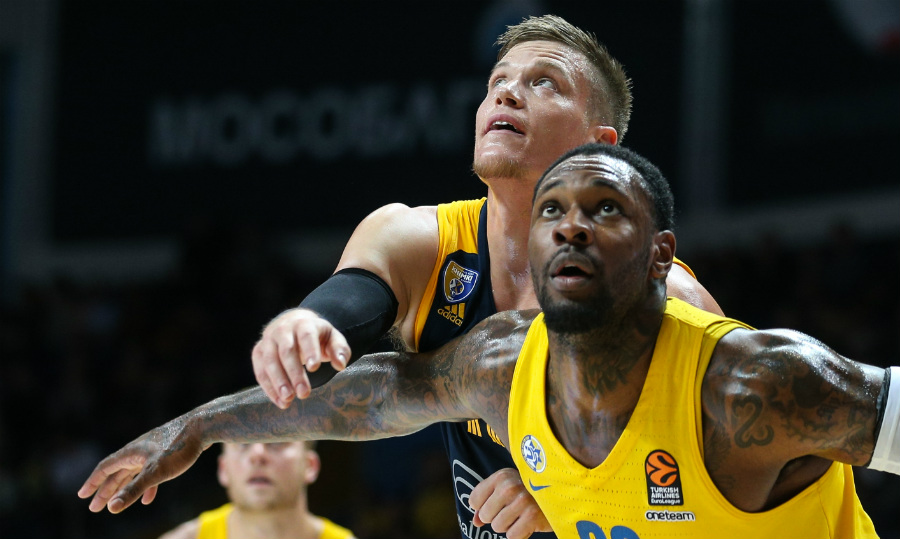 On Wednesday, February 5, 2019 Khimki Moscow Region will face Maccabi FOX Tel Aviv, Israel in a EuroLeague round 23 game. The game will be played in Menora Mivtachim Arena, Tel-Aviv. Tip-off at 22:05 msk.

Scottie Wilbekin and Dairis Bertans were teammates at Darussafaka Istanbul during the 2016/2017 season.

Amar'e Stoudemire and Timofey Mozgov played for the New York Knicks in season 2010/2011.

“Maccabi has the same injury problems as we do, but this is always a serious opponent, and we know how hard it is to beat this team on their court. They are well supported by the fans, and at home the players give double energy. A lot will depend on what roster they come out with: if with Wilbekin, there will be one game, if without him, another one. This season, Maccabi plays with dignity and rightly takes a place at the top of the standings. They lost a couple of games in the EuroLeague, but that doesn’t mean anything. Due to injuries, they signed Jackson and Stoudemire. We know Jackson, he is a very good player, who played last seasons in China, where he did well. Now, he is looking for his game in the EuroLeague, because it is not so easy to return to this level. We have the same problems as a number of key players are injured, but nothing can be done. We will play with the roster we have. The last game against UNICS Kazan on the road was difficult, but we played really well. It was one of our best games of the season because, despite the injuries, we played well, fought well, won rebounds, which is our main problem this year. So, we are in fighting shape. It will be a difficult game, but we are ready”.

“Maccabi is a great team. After several losses in the EuroLeague, this game is very important for us, so we are setting up for it to the maximum. They have a very good squad, and the team shows a high-quality game. Due to injuries, Maccabi signed a number of players, including Jackson, who we know from playing for CSKA Moscow, and Stoudemire, who has extensive NBA experience. It will not be easy, but we will fight. As usual, the main focus should be on defense and trying to run in fast breaks”.

kurtinaitiszaytseveuroleaguemaccabikhimki
Share on FacebookShare on ВконтактеShare on TwitterShare on ОК