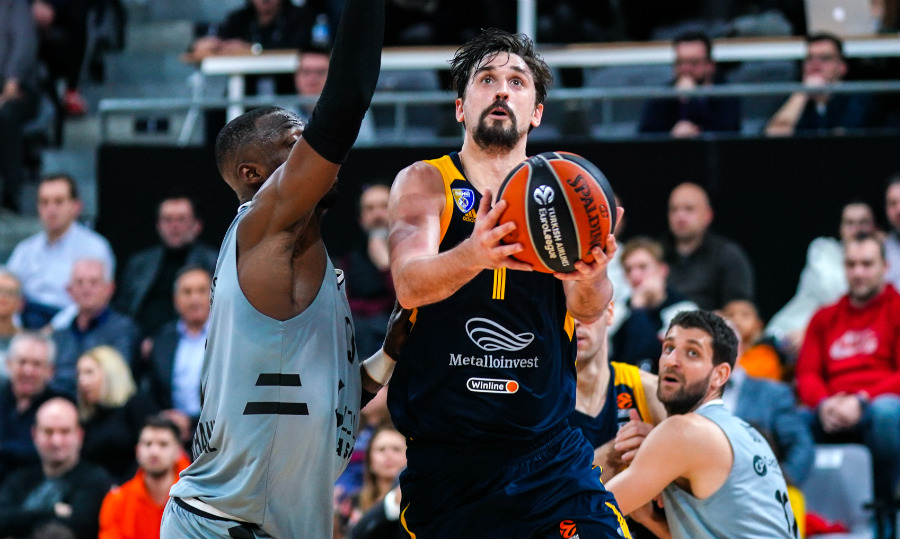 On Friday, February 28, 2020 Khimki Moscow Region will face LDLC ASVEL Villeurbanne, France in a EuroLeague round 26 game. The game will be played at Arena Mytishchi, Russia. Tip-off at 20:00 msk. Don't miss!

Jeremy Evans is still our because of injury. Petr Gubanov and Timofey Mozgov are also sidelined.

“Due to a short break, we were able to treat our injuries. Now we are almost a complete team, although we still lack Jeremy Evans, one of our best rebounders. At the moment, our condition is good, plus the win in Milan gave us a chance to be in the play-off zone again, and we will cling to this chance with the last of our strength. Now we face ASVEL, physically a very strong team. In the summer, they had good signings, and their power is a team game. On their court, not only Khimki had problems. In the first leg, we lost control in the middle of the game, as a result we were down by 19 points, but we pulled up in the end, and everything was close. We didn't win, but we made conclusions. We watched the video and saw our problems. Now it is necessary to oppose strength against strength, because ASVEL plays in good physical contact basketball, and we should be in this contact as well. We play at home, and we must use our home court. We need to be very focused on this game, because we have already lost at home couple of times this season, although we were considered favorites”.

“We watched the video from the first time we played them when they beat us. We respect them, but I think Khimki gave that game away. So, I think we have to come into the game more focused this time, which we will have. We should handle business right now is a point in time. We have to maintain our spot in the playoffs. So, I think every game counts. I think we’ll be pretty focused to take the win on Friday. For me, there’ll be a great matchup. And, you know, I don’t see any guy that’s not physical on my team. So maybe it will be a great matchup both ways. It’s important for us”.

khimkizalgiriseuroleaguerobinsonkurtinaitis
Share on FacebookShare on ВконтактеShare on TwitterShare on ОК