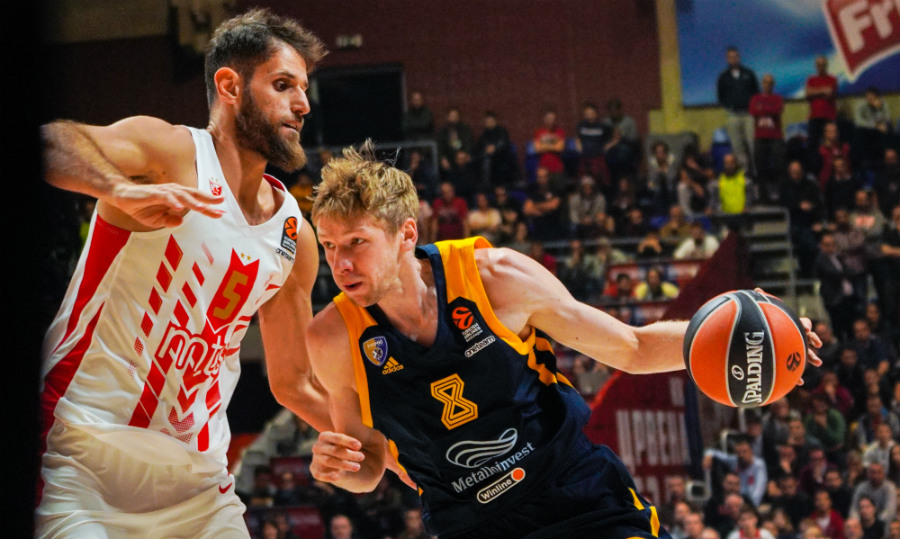 On Friday, February 7, 2020 Khimki Moscow Region will face Crvena Zvezda mts Belgrade, Serbia in a EuroLeague round 24 game. The game will be played at Arena Mytishchi. Tip-off at 20:00 msk.

In season 2008/2008 Jonas Jerebko and James Gist played together for Angelico Biella, Italy.

“We have improved in terms of defense, desire, effort and energy, but there were problems with solutions in the clutch moments, when in a number of games, we chose bad options for continuing attacks. For us, the biggest problem is injuries, as we lose almost a player per game. Now we have a home game with Crvena Zvezda, which we need to win. This is a good team that always fights, as evidenced by the recent game with Panathinaikos, where they pulled out the win. It is a difficult defensive-minded opponent, and everything will depend on our decisions at the right moments. However, at the moment I don’t think so much about the opponent but about our team, because it is a tough challenge to play the EuroLeague every other day”.

“I think yesterday our ball movement was not good and it affected us in the last quarter. Also, rebounding in the second half was bad as we conceded too many easy baskets. You can’t win in the EuroLeague playing that way. We have to work on that and bounce back tomorrow. We have a lot of injuries and it’s tough. Other people have to step up; we have some young guys that are coming to help the practice and games. We just have to be ready for tomorrow game that will be tough. Crvena Zvezda beat us last time at their gym, so we have to beat them now at our gym. They played really well last game and we played really bad, so we have to come out with energy tomorrow and get a win”.

khimkicrvenazvezdaeuroleaguekurtinaitisjerebko
Share on FacebookShare on ВконтактеShare on TwitterShare on ОК