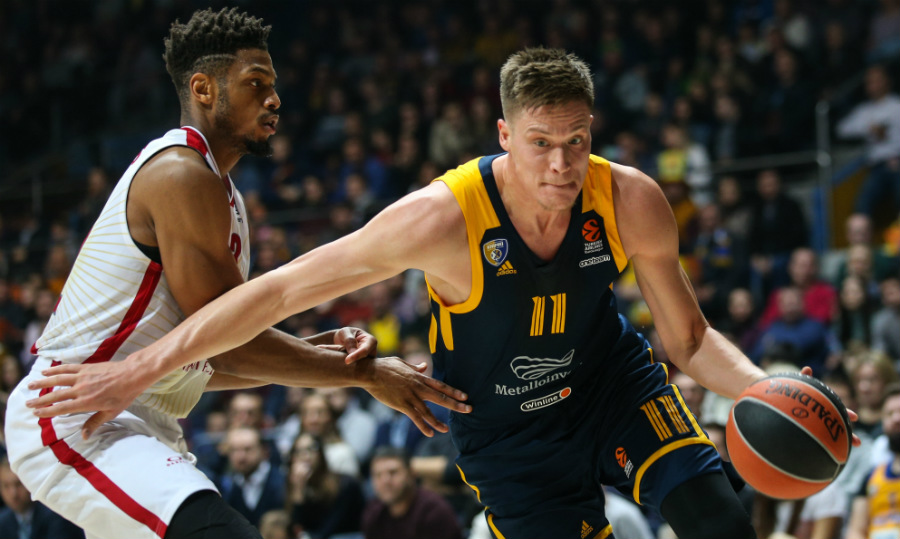 On Thursday, February 20, 2020 Khimki Moscow Region will face AX Armani Exchange Milan, Italy in a EuroLeague round 25 game. The game will be played at Mediolanum Forum (Milan). Tip-off at 22:45 msk.

At the start of his career, Khimki star guard Alexey Shved played under current Milan coach Ettore Messina at CSKA Moscow on and off for three seasons, from 2006 to 2009. They won the EuroLeague title together in 2008 and reached the championship game a year later.

Khimki sharpshooter Dairis Bertans spent the past two seasons with Milan. He was a teammate with several current Milan players.

“Milan has had ups and downs so far. They are largely dependent on Rodriguez; at the same time Scola and Tarczewski play well. These are their main frontcourt players, and the most important thing for us is to improve the fight under the hoop and on rebounds. We have a lot of players back in action, although Sergey Karasev is still injured. It's an important game, but we can beat them, and we want to do it. Milan has made changes in the squad, as Coach Messina is looking for solutions and does not give up. We are preparing for a serious battle”.

“It's a very important game for us. If we talk about the playoff race and if we can go and pick up this road win against a team that is battling for the playoff race too, it will put us in a good spot. One can say that this is the most important game of the year for us up to this point. So, we have to go there completely focused and concentrated, leaving everything we have on the court and doing everything we can to win. They've been up and down. I know, they lost in the Italian Cup, so they definitely will be hungry and want to win. We have to be ready for this. Let's see what we can do there and how we will execute”.

kurtinaitiskramereuroleaguemilankhimki
Share on FacebookShare on ВконтактеShare on TwitterShare on ОК