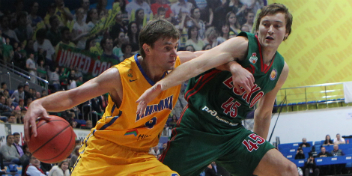 “It’s an important game for both teams. Loko is a big team. Last year they had an excellent season and in the offseason, the squad changed a lot. They are a new team but stay with very good players who have experience. It will be very tough game for us. With many new players in the roster, they need time to play good but they did well against Olimpija Ljubljana. We must improve our defense, rebounding and show patience. We also must play with more confidence”.
Share on FacebookShare on ВконтактеShare on TwitterShare on ОК