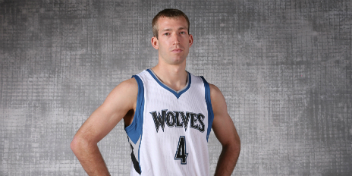 BC Khimki adds American small forward Robbie Hummel to the roster. Former Minnesota Timberwolves player signed with our club till the end of the 2016/17 season. Welcome to the club, Robbie!

2009 – played for US National Team at Summer Universiade (Belgrade, Serbia) (bronze medals).
Share on FacebookShare on ВконтактеShare on TwitterShare on ОК